DIAMONDS: De Beers pushes back Tango Extension at Victor mine

ONTARIO – Some stories published today imply that De Beers Canada of Calgary is abandoning its plan to extend the life of […]
By Marilyn Scales February 7, 2017 At 4:37 pm 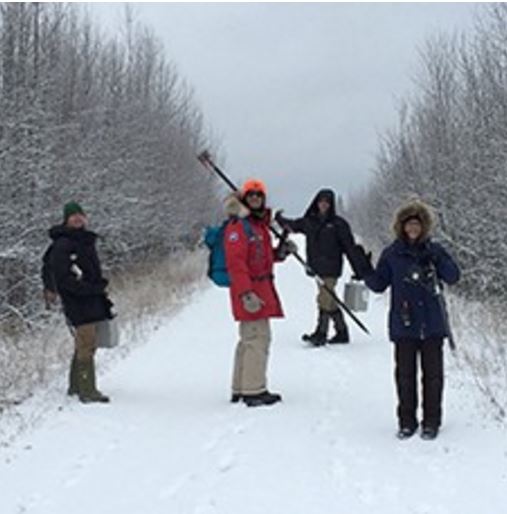 ONTARIO – Some stories published today imply that De Beers Canada of Calgary is abandoning its plan to extend the life of the Victor diamond mine in the James Bay Lowlands. Sadly, the headlines make it seem as if the indigenous communities don’t support the extension. “What we’re doing is revising our priorities at Victor, as the timeline to potentially bring Tango Extension has pushed out another year,” spokesman for De Beers Canada Tom Ormsby told CMJ. “It may still become a viable option, but we’ve had to reshuffle our priorities for now.” [caption id="attachment_1003717094" align="alignleft" width="296"] The De Beers Canada exploration team has gone six years without a lost time injury.[/caption] The Victor diamond mine – the first in Ontario – will run out of available kimberlite to mine at the end of 2018. With the Tango Extension on hold, a couple scenarios are possible. Low grade stockpiles at the site could be processed over a period of two or three years. Or it may be possible using innovative technology to recover the high grade kimberlite at the very bottom of the current Victor pit. Right now that 40-metre thick layer is not in the mine plan because the pit is too narrow for conventional truck and shovel mining. The technology of interest is being used in some South African diamond and gold mines. Meanwhile, De Beers continues its engagement with the local communities. Most have agreed to wide ranging impact benefit agreements, and hopefully the last one will agree soon so that a trench sample can be taken at Tango Extension. Please visit De Beers Canadian website at www.DeBeersGroup.com/Canada.