Excelsior Mining (TSX: MIN) (OTC: EXMGF) has released results of an updated prefeasibility study on the North Star Deposit of its Gunnison copper […]
By Jackson Chen March 30, 2022 At 2:49 pm 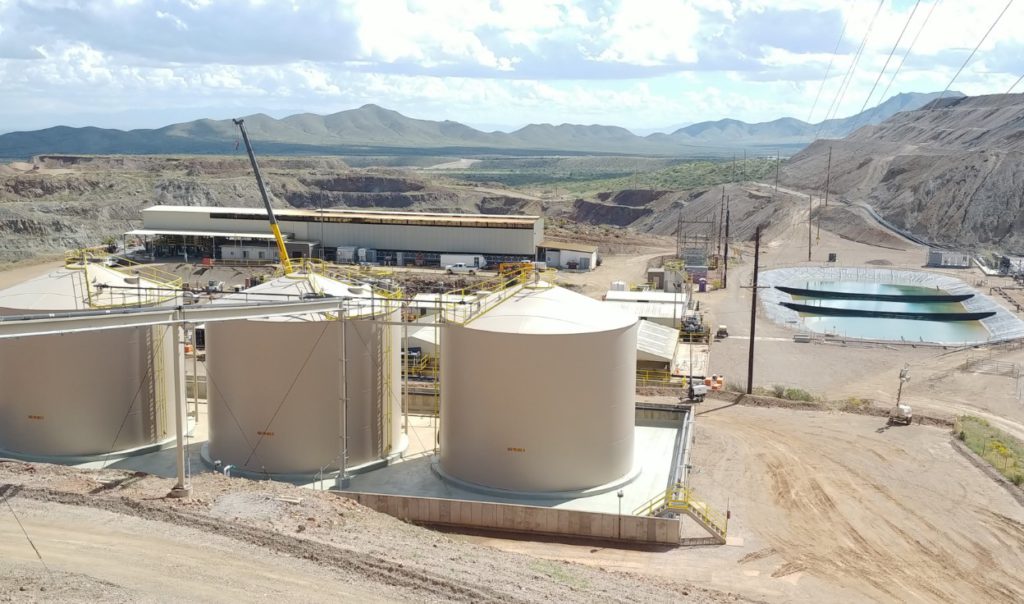 Excelsior Mining (TSX: MIN) (OTC: EXMGF) has released results of an updated prefeasibility study on the North Star Deposit of its Gunnison copper project and a preliminary economic assessment on the Johnson Camp mine heap leach, both situated in Cochise county, southeastern Arizona.

Gunnison is designed as an in-situ recovery copper mine using solvent extraction-electrowinning (SX-EW) to produce copper cathode. The project is permitted to produce 125 million lb. of the product a year. First production occurred in late 2020.

Using a 7.5% discount rate and a life-of-mine average copper price of US$3.93/lb, the Gunnison PFS shows a net present value of US$1.35 billion with an internal rate of return of 44.9% after-tax.

The project's pre-production capital costs was calculated at US$45.1 million, which includes a 15% contingency, EPCM, freight, mobile equipment, owner's costs and capital spares. Payback period for this pre-production capital is 4.8 years. The LOM operating costs were estimated at US$0.91/lb, while its all-in cost (LOM capital costs plus operating costs) was US$1.70/lb.

The PFS report is based on total measured and indicated resources of 873 million tonnes grading 0.29% copper (nearly 5 billion lb. copper) for the North Star deposit, as estimated in the 2016 feasibility study.

The Johnson Camp mine has historically been an open pit, heap leach operation since Cyprus Minerals opened the property in the 1970s. The operation includes two open pits, a two-stage crushing-agglomerating circuit, a fully functioning solvent extraction-electrowinning (SX-EW) plant capable of producing 25 million lb. of cathode copper per year.

Excelsior is currently exploring re-opening the Burro and Copper Chief pits for open pit mining to produce run-of-mine material that can be placed on a new leach pad, as a means of extracting copper from the remaining mineral resources within the two pits. The PEA was prepared with respect to this planned re-opening.

The technical report shows total copper production of 65.9 million lb. from 34.4 million tonnes of ore mined (0.39% total copper grade) and 19.6 million tonnes of heap leach material over an approximate five-year period. At a 7.5% discount rate, the JCM operation would have an after-tax net present value and internal rate of return of US$7.8 million and 13.4%, respectively.

Initial capital for the new heap leach pad is calculated at US$26.5 million, while the initial mine capital is set at US$14.3 million.

"With the positive NPV result of the Johnson Camp open pit and heap leach PEA, Excelsior has an opportunity to increase copper production in the short to medium term with conventional mining and utilizing our existing solvent extraction infrastructure," Robert Winton, senior VP of operations, stated.

The JCM plan has been developed with the expectation that it will produce leachable copper material and provide cash flow while the Gunnison project is being constructed.