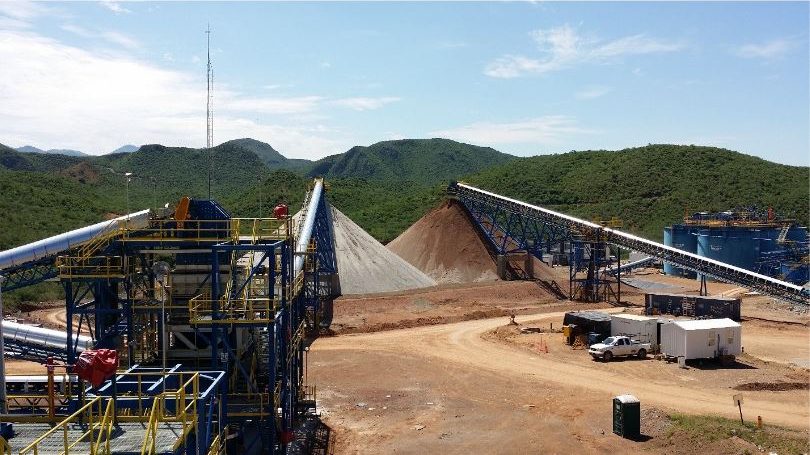 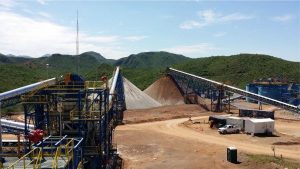 Ore stockpiles at Santa Elena Credit: First Majestic[/caption] In the third quarter, silver miner First Majestic Silver churned out 5.2 million silver-equivalent oz., made up of 3.2 million oz. of silver and 25,771 oz. of gold, from its three underground mines in Mexico. The figures represent a 72% increase in silver production and a 63% growth in gold output over the prior quarter, which was affected by Mexico’s temporary suspension of non-essential businesses due to COVID-19. With 14.9 million oz. of silver-equivalent generated in the first nine months of this year (8.1 million oz. of silver and 73,738 oz. of gold), First Majestic is maintaining its updated guidance of 21.4 million to 22.9 million oz. of silver-equivalent for 2020. The La Encantada mine in Coahuila state in northern Mexico churned out 978,416 silver oz. in the quarter, its second-highest quarterly output since 2014. The San Dimas mine in Durango state added a further 1.7 million oz. of silver and 18,268 oz. of gold, in its best quarter since First Majestic acquired the asset in 2018. Finally, Santa Elena in Sonora state generated 502,375 silver oz. and 7,428 gold oz. in the third quarter. The company also forged ahead with capital projects. At Santa Elena, it installed liquid natural gas storage tanks as it looks to make the switch from diesel power at the site by the first quarter of next year and reduce energy costs. Also within the Santa Elena holdings, at the Ermitano project, 4 km south of Santa Elena, First Majestic completed the construction of a second portal and developed a new ramp. At San Dimas, where the silver producer is working to modernize the mill and plant, the improvements are expected to be complete in the second quarter of next year. By the end of September, 26 rigs were active at First Majestic’s holdings, with 163,000 metres scheduled for 2020. The company closed out the quarter with US$232.4 million in cash and equivalents. In September, First Majestic closed a $78-million bought-deal financing with Eric Sprott. Proceeds are intended for project development and improvements across the current operations. “During the quarter, higher production rates, along with improved metal prices and the recent investment by Eric Sprott resulted in significant growth of our treasury to US$232 million at quarter-end,” Keith Neumeyer, First Majestic’s president and CEO, said in a release. Neumeyer also added that strong silver output from both La Encantada and San Dimas was due to higher milling rates, and is expected to continue into next year. Higher grades and throughputs are also anticipated at Santa Elena as additional workers are now onsite. Updated technical reports for San Dimas and Santa Elena are expected before the end of this year and in the first quarter of 2021, respectively. Complete financial results for the third quarter will be released on Nov. 5. For more information, visit www.FirstMajestic.com.