FPX Nickel announced that, last month, researchers at the University of British Columbia started field tests to determine the rate and volume […]
By Magda Gardner September 1, 2020 At 12:06 pm 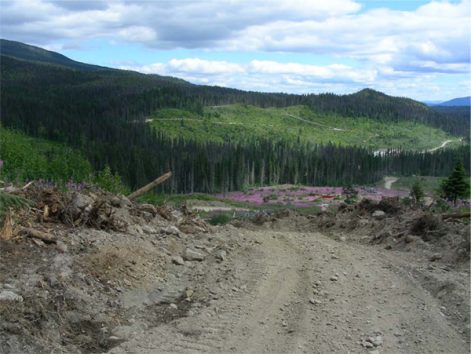 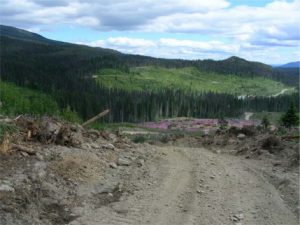 Baptiste zone at Decar Credit: FPX[/caption] FPX Nickel announced that, last month, researchers at the University of British Columbia started field tests to determine the rate and volume of carbon capture by the tailings from a potential future mine at the Baptiste project. These tests will follow up on prior work, which suggests potential for carbon sequestration by the tailings directly from the air, as well as from carbon dioxide injection. The field efforts will be completed on a 300-kg sample of material, ground to a similar size as the anticipated tailings. A part of the sample will be exposed to local weather conditions, while another portion will be in a covered outdoor area. “This test program is designed primarily to estimate the potential of Baptiste tailings to permanently sequester significant quantities of carbon dioxide by direct air capture under natural conditions as a consequence of the proposed mining and milling process,” Martin  Turenne, the company’s president and CEO, said in a release. UBC’s research team has previously determined that the amount of carbon dioxide that can be removed by the ultramafic host rock at Baptiste is determined by the brucite content (a magnesium-bearing mineral). The researchers have also developed a way to determine the brucite content in each assay sample within the Baptiste resource, for a potential targeted approach to carbon removal at the project. Prior test work suggests that the volume of available carbon dioxide is the main rate-limiting factor in carbon removal at Baptiste. Additional tests are planned to measure the changes in physical properties of the crushed rock sample to understand how carbon removal may impact geotechnical stability. Initial results of the field trial are expected in the first quarter of 2021; complete results of this year’s program are anticipated by the second quarter of next year. Funding for the field tests was provided in part by the Government of Canada’s Clean Growth program. FPX Nickel’s 245-sq.-km Decar nickel project in central B.C. hosts an indicated resource of 1.8 billion tonnes, grading 0.12% Davis tube recoverable (DTR) nickel, for a total of 2.3 million tonnes of contained nickel. Additional inferred resources stand at 391 million tonnes, grading 0.12% DTR nickel, with 448,000 tonnes of contained metal. These resources are contained entirely within the Baptiste deposit, one of four awaruite (nickel-iron alloy) zones on the property. For more information, visit www.FPXNickel.com.