ONTARIO – Gowest Gold of Toronto has signed a non-binding letter of intent with Northern Sun Mining Corp. (also Toronto based) that […]
By Marilyn Scales January 23, 2017 At 4:37 pm 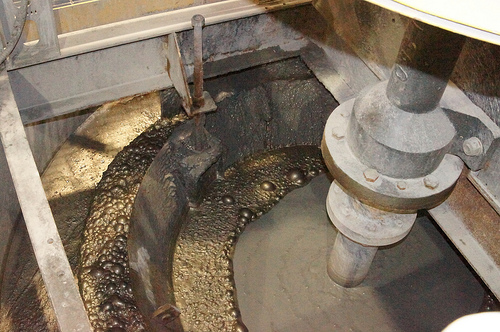 ONTARIO – Gowest Gold of Toronto has signed a non-binding letter of intent with Northern Sun Mining Corp. (also Toronto based) that would see the creation of a joint venture for the ownership of the Redstone mill near Timmins. The mill is 100% owned by Northern Sun, but Gowest would like to process a bulk sample and commercial quantities of ore from its Bradshaw gold project at the plant. [caption id="attachment_1003716861" align="alignleft" width="300"] Flotation at the Redstone mill that was originally built to treat nickel ore. (Photo: Northern Sun Mining)[/caption] The Redstone mill was built in 2006-07 as a nickel concentrator. The plant includes both a crusher house and mill building. Three ball mills are installed and can be run as a primary, secondary and tertiary circuit or they can work in series. A three-stage flotation circuit is also in place. Northern Sun has operated the mill on a toll basis at a rate of 1,500 t/d. The proposed transaction between the two companies begins with Northern Sun creating a joint venture worth $23 million. Gowest would then pay $11.5 million in shares and units over two installments. The mill will dedicate circuits capable of handling 500 t/d of Bradshaw ore. Details of the Bradshaw project are posted at www.GowestGold.com.