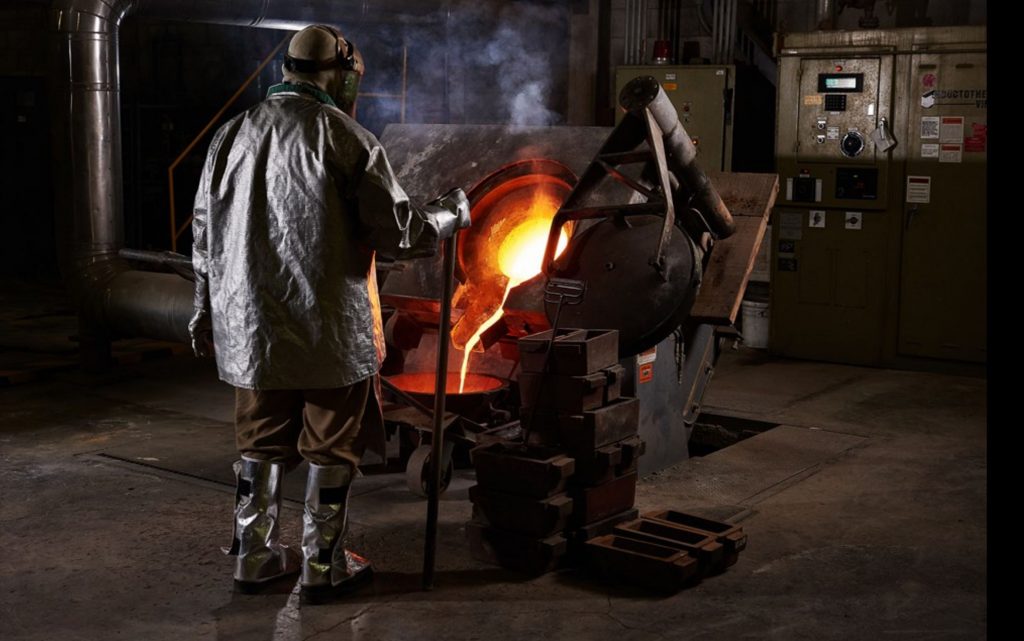 The Los Filos complex is Mexico’s fourth largest gold producer. (Image: Leagold Mining)[/caption] MEXICO – Vancouver-based Leagold Mining Corp. has filed the feasibility study for expanded facilities at the Los Filos gold complex 180 km south of Mexico City. The project currently consists of the Los Filos and Bermejal pits and the Los Filos underground mine. The study outlines development of the Bermejal underground mine, enlarging the Los Filos open pit, creating two distinct phases for the Bermejal pit (Bermejal and Guadalupe), construction of a 4,000-t/d carbon-in-leach (CIL) facility to complement the existing heap leach facilities. The expanded Los Filos project will have a 20-year mine life (2019-28) during which time 3.2 million oz. of gold will be recovered at an anticipated all-in sustaining cost of $740/oz. Beginning in 2021, the average annual output will be 350,000 oz. at an AISC of $694 per oz. That number will rise to 420,000 oz. going forward until 2024. The largest part of the $180 million (all figures are U.S. dollars) will be developing the Bermejal underground and the CIL plant with related infrastructure. Leagold used a price of $1,250 per oz. of gold to arrive at a net present value (5% discount) of $679 million and an internal rate of return at 86%. The expanded project would also boost net cash flow to $884 million. The expansion project would mine proven and probable reserves that host a total of 4.4 million oz. of gold. The open pit portion is 95.9 million tonnes grading 0.88 g/t gold, and the underground material is 8.3 million tonnes grading 1.69 g/t gold. The company also counts about 114,000 oz. of recoverable gold in the leach pad inventory classified as an additional probable reserve. Additional information about Los Filos is available at www.Leagold.com.