ONTARIO – Resources in the open pit planned for the Hardrock gold deposit near Geraldton have risen to 5.8 million oz., according […]
By Marilyn Scales October 3, 2019 At 4:42 pm 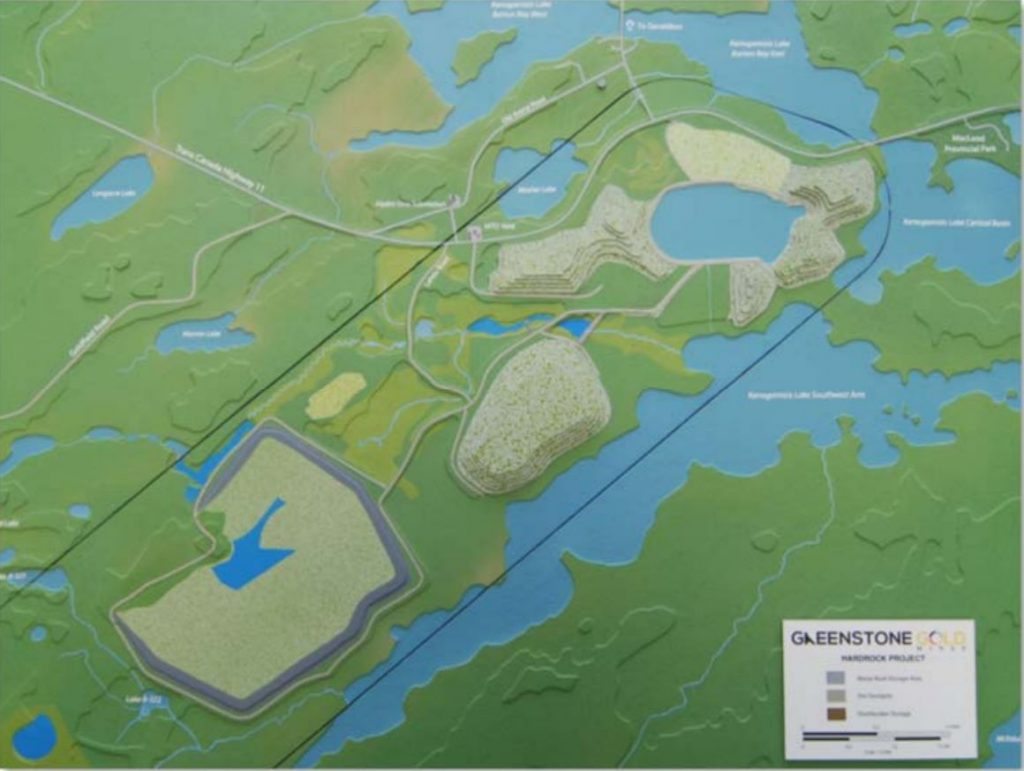 Rendering of the Hardrock mine site. (Image: Greenstone Gold Mines)

Rendering of the Hardrock mine site. (Image: Greenstone Gold Mines)[/caption] ONTARIO – Resources in the open pit planned for the Hardrock gold deposit near Geraldton have risen to 5.8 million oz., according to Premier Gold Mines of Thunder Bay, Ont. The deposit is part of the Greenstone project, a 50:50 joint venture with Centerra Gold. This year’s updated numbers are an improvement on the 2016 in almost every category. In the pit constrained measured and indicated resource the contained ounces are up 26% from 2016 at 5.8 million oz., but the same category underground has 28% fewer contained ounces at 1.2 million oz. Inferred resources in the open pit category contain 36,000 oz. of gold, a jump of 650%, and inferred underground resources contain 3.1 million oz., an increase of 24% over the older estimate. Premier says it has deepened the optimized pit shell, and that made more ounces potentially recoverable by low cost open pit mining. Total measured and indicated resources at Hardrock are 147.5 million tonnes grading 1.50 g/t gold and containing 7.1 million oz. The inferred resource is 25.5 million tonnes grading 3.77 g/t gold and containing 3.1 million oz. There was a 10% increase in the grade of the measured and indicated material to 1.50 g/t gold. An increase of 6% was noted in the grade of the inferred category to 3.78 g/t gold. The 2016 resource estimate considered only mineralization recoverable by pit methods. In 2018 the report includes several deposits elsewhere on the Greenstone property, high grade satellite deposits at Brookbank and Key Lake that have potential for future mining. The underground portion of the deposit remains open down plunge. More details about Hardrock are available at www.PremierGoldMines.com.