GOLD: Sabina to advance Back River to permitting phase

NUNAVUT – The Nunavut Impact Review Board has recommended to the Minister of Indigenous and Northern Affairs Canada that the Back River […]
By Marilyn Scales July 19, 2017 At 4:17 pm 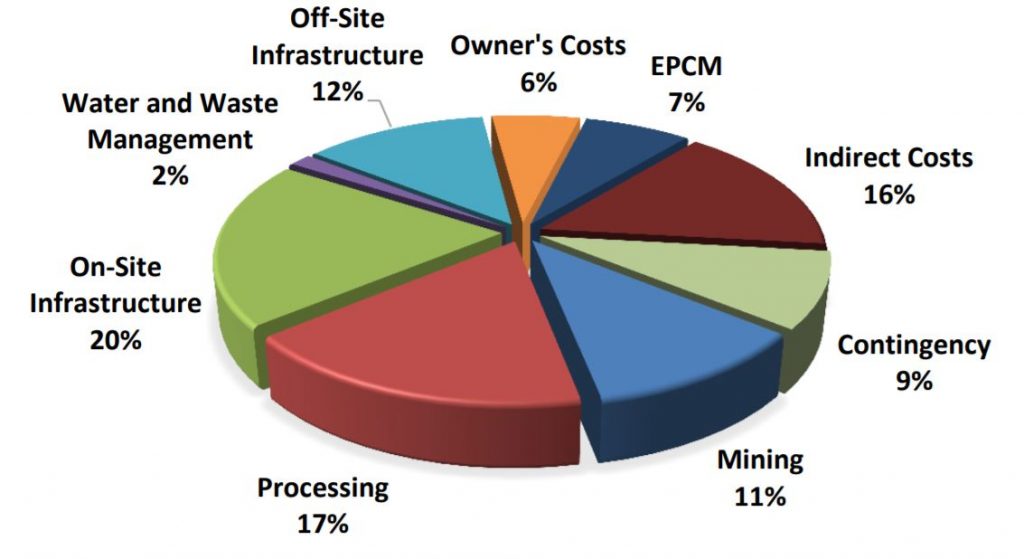 Breakout of the pre-production capital costs at Back River. (Credit: Sabina Gold and Silver)

NUNAVUT – The Nunavut Impact Review Board has recommended to the Minister of Indigenous and Northern Affairs Canada that the Back River gold project should proceed to the licensing phase. Vancouver-based Sabina Gold and Silver owns 100% of the project located in the Kitikmeot region. The NIRB said no to Back River in July 2016 but was directed to reconsider its position by the minister in charge of the board. Sabina refiled an updated environmental impact statement in February this year. [caption id="attachment_1003719244" align="alignleft" width="437"] Breakout of the pre-production capital costs at Back River. (Credit: Sabina Gold and Silver)[/caption] The positive recommendation and associated report ae now before the Minister of INAC. Should the minister accept the recommendation, a project certificate could be issued by the end of 2017. In September 2015, Sabina released a feasibility study for Back River that presents a project with the potential to produce approximately 200,000 oz. of gold a year for 11 years with a rapid payback of 2.9 years. At a US$1,150 gold price and a 0.80 exchange rate, the study delivers a potential after tax internal rate of return of approximately 24.2% with an initial capital expenditure of $415 million. Production could begin early in 2021. Sabina estimates the measured and indicated resource to be 5.3 million oz. in 28.2 million tonnes grading 5.87 g/t gold. The inferred portion is 7.8 million tonnes at 7.43 g/t containing 1.8 million oz. Details of the geology and mineralization at Back River are available at www.SabinaGoldSilver.com.