GOLD: The top 10 gold producers in the world 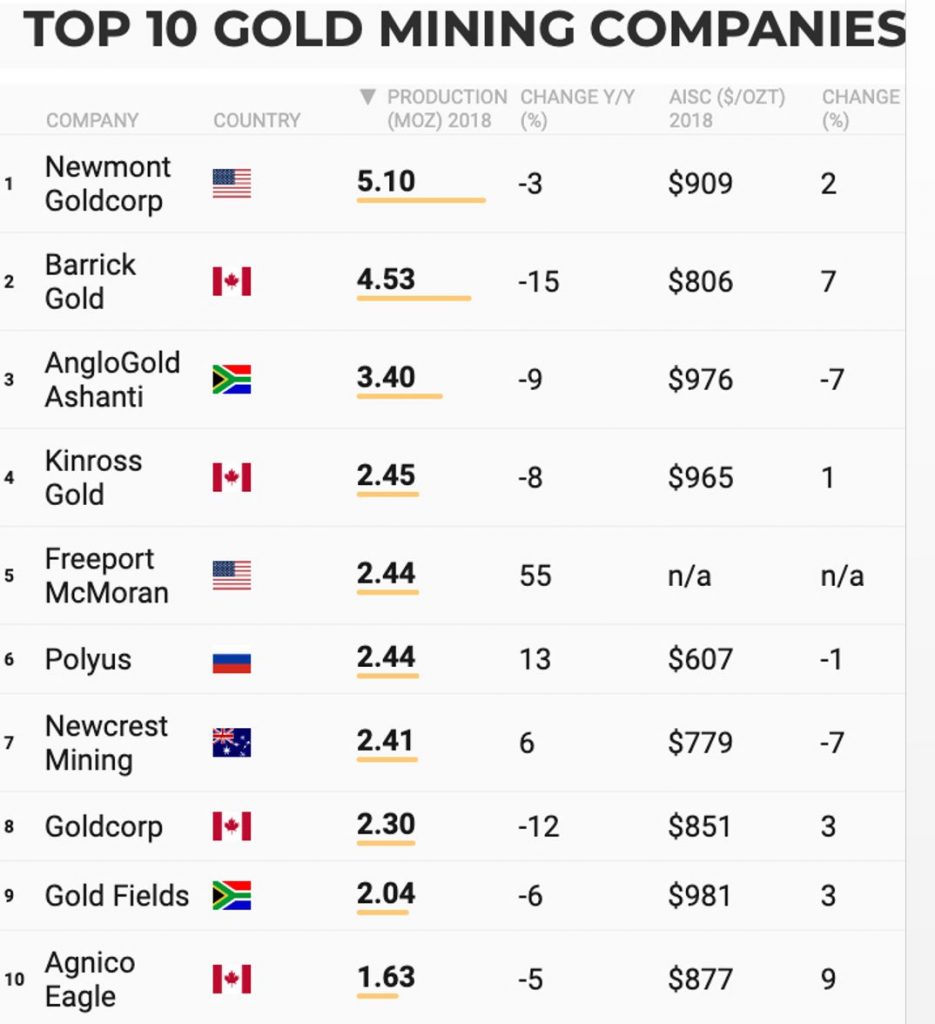 VANCOUVER – Global gold production hit another record just shy of 109 million oz. in 2018, up more than 23 million oz. since the start of the decade. The ranks of the top producing companies stayed remarkably stable, but last year saw a new company take the top spot – and that’s even before the flurry of mergers in the industry’s top tier. Long-time leader Barrick Gold produced 4.5 million attributable oz. in 2018, 15% below the previous year, losing its top producer status to Newmont Mining. Newmont mined 165,000 oz. fewer last year but managed to hold output above 5.0 million oz. Had the mergers been in place during 2018, Newmont Goldcorp’s total would have jumped to 7.4 million oz. while combined Barrick-Randgold would have unearthed 5.8 million oz. Gold production at Newmont and Barrick’s JV in Nevada, inked earlier this year, works out to 4.1 million oz. Thanks to a surge in gold production at Grasberg in the final years of open pit operations at the Indonesian mine, Freeport edges out Polyus for the No.5 spot. While Grasberg will be pouring much less this year, Polyus is poised to take the No.4 spot from Kinross Gold. Kinross beat Polyus by just 14,000 oz., but considering that the Canadian company reports gold equivalent ounces, the fast growing Russian company may be already there. The top tier has a very competitive midfield – with Goldcorp sliding from fifth to eighth, a mere 150,000 oz. covers the middle of the pack. South Africa’s Harmony Gold increased production by 30% last year to more than 1.4 million oz. and would have made the top 10 for the first time were it not for Grasberg’s excellent year. In all, 15 gold miners now belong to the 1-million-oz.-plus annual output club with China’s Zijin Mining bringing up the rear. The top 10 listed, non-state owned gold miners are responsible for nearly 30% of global output. Here’s the 2018 ranking using data provided by MINING.com’s sister company Mining Intelligence, company reports and public filings compiled by senior analyst Vladimir Basov. This story first appeared on www.Mining.com.