ONTARIO – Treasury Metals has entered into an agreement with First Mining Gold to acquire the 280-sq.-km Goldlund project, 60 km northeast […]
By Magda Gardner June 4, 2020 At 2:52 pm 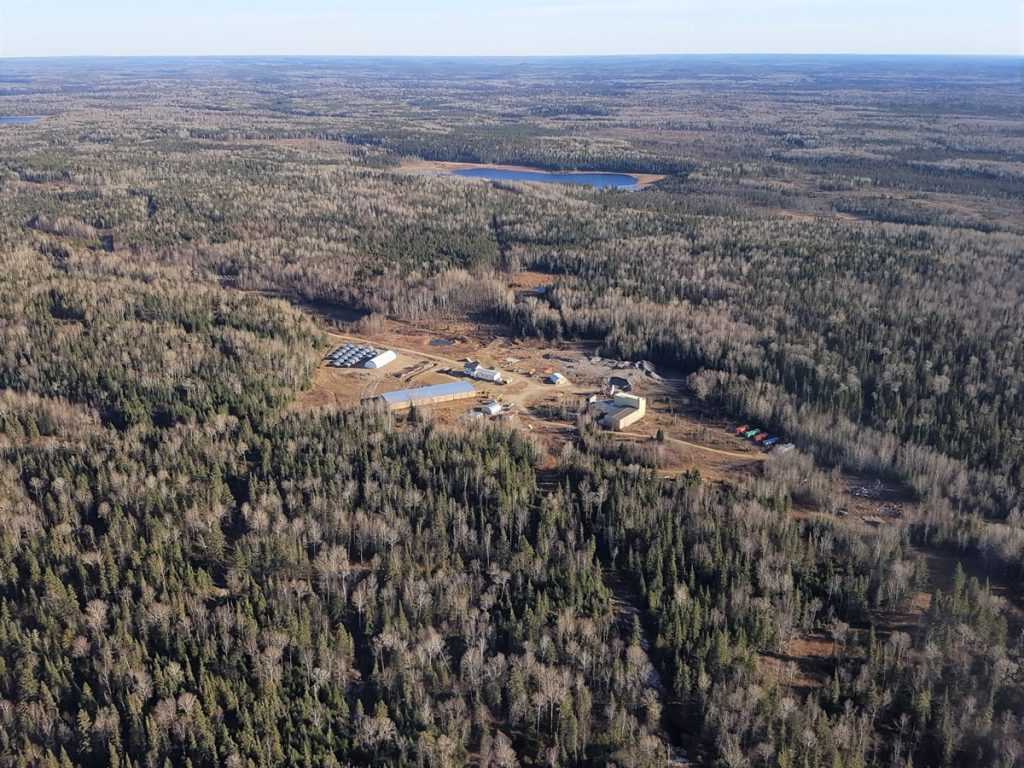 Goldlund site Credit: First Mining[/caption] ONTARIO – Treasury Metals has entered into an agreement with First Mining Gold to acquire the 280-sq.-km Goldlund project, 60 km northeast of Dryden. Goldlund is 2 km northeast of Treasury’s flagship Goliath property and includes open-pit resources of 12.9 million tonnes at 1.96 g/t gold in the indicated category for a total of 809,200 indicated oz. Inferred resources add 18.4 million tonnes grading 1.49 g/t gold for 876,954 oz. “We are excited to bring about the amalgamation of our two adjacent gold assets located in one of the world’s top mining jurisdictions,” Greg Ferron, Treasury’s CEO and director, said in a release. “This combination recognizes the advanced stage of Goliath with a completed federal EA (environmental assessment), and importantly will result in significant synergies between the Goliath-Goldlund deposits and greater development flexibility owing to the scale and proximity of resources at Goldlund.” As part of the agreement, Treasury will issue 130 million shares and 35 million warrants to First Mining, grant the company a 1.5% net smelter royalty (0.5% of which may be repurchased) and make a $5-million milestone payment. Half of the payment is due once Goldlund receives a binding mining lease for an open pit operation with the remainder due once 300,000 tonnes of ore have been mined. The consolidated land package would cover 330 sq. km. Treasury’s Goliath deposit hosts measured and indicated resources of 16.2 million tonnes at 2.29 g/t gold for a total of 1.1 million oz. with a further 2 million tonnes grading 3.43 g/t gold for 330,100 oz. inferred. These include both pit-constrained and underground components, with cut-off grades of 0.4 g/t gold and 1.9 g/t gold, respectively. In 2017, a preliminary economic assessment for Goliath outlined a combined open-pit and underground operation producing an average of 90,000 oz. of gold-equivalent a year over a 13-year mine life. With a total initial capital outlay of $133 million and all-in sustaining costs of US$611 per oz., the associated project net present value estimate, at a 5% discount rate, came in at $306 million. Upon closing of the transaction – which remains subject to shareholder and regulatory approvals – First Mining will be allowed to nominate three directors to Treasury’s board, which will be made up of seven people. First Mining plans to distribute a portion of the Treasury shares as well as all of the warrants from the transaction to its shareholders, on a pro-rata basis. Once the acquisition is complete, Treasury plans to consolidate its shares on a 3:1 basis. Boards of both companies have approved the transaction; a meeting of Treasury’s shareholders is planned for August ahead of an anticipated closing by mid-August. First Mining’s main asset is the Springpole gold deposit northeast of Red Lake. For more information, visit www.TreasuryMetals.com.