QUEBEC – Wesdome Gold Mines has released drill results from the past-producing Kiena mine complex in Val d’Or. The drill highlights include […]
By Magda Gardner May 12, 2020 At 3:37 pm 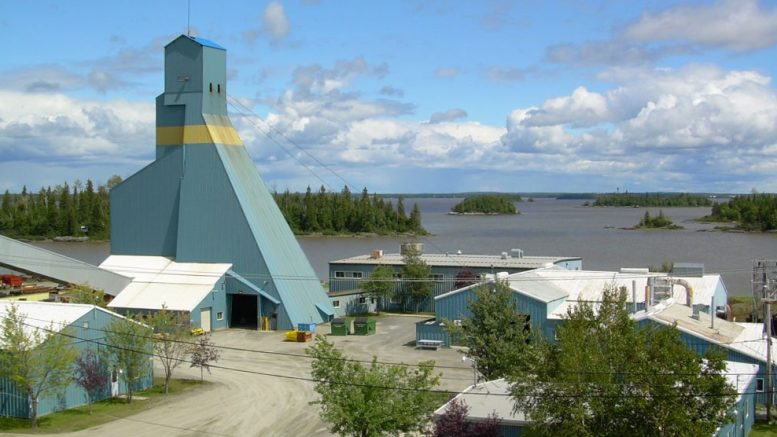 The Kiena mine site in Val D'Or Credit: Wesdome[/caption] QUEBEC – Wesdome Gold Mines has released drill results from the past-producing Kiena mine complex in Val d’Or. The drill highlights include 3 metres of 108.2 g/t gold, 5.2 metres of 47.8 g/t gold and 12.4 metres of 41.3 g/t gold. As reported in February, the ‘A’ zone has been traced for over 830 metres down plunge with additional assays pending. Prior to a province-wide exploration suspension in March due to the COVID-19 pandemic - now lifted - seven drills were completing infill and extension drilling at the site. Wesdome has drilled 47,800 metres in 164 holes since a September resource update for Kiena with a further resource update expected mid-year. A 576-metre underground exploration ramp with drill platforms was completed earlier this year, the company intends to use this new development to target up-plunge extensions of the ‘A’ zone and down-dip extensions of the ‘VC’ zones – Wesdome suspects that these two zones may connect. The company is on track to announce the results of a preliminary economic assessment (PEA) on Kiena later this month. This study will examine the mining of existing near-mine resources within five zones. These currently contain a total of 970,000 indicated tonnes at 14.5 g/t gold for a total of 450,000 gold oz. and a further 1.1 million inferred tonnes at 11 g/t gold for a total of 397,000 oz. The mid-year resource update would then form the basis of a preliminary feasibility study on a restart of the mine. Wesdome intends to make a production decision based on the near-mine resources. Metallurgical and environmental studies are underway. A recent geophysical survey over the site has also generated new targets for drill testing. On care and maintenance since 2013, the Kiena complex contains a permitted, 2,000 t/d mill, a 930-metre shaft, and a ramp system that extends to 1,050 metres depth. For more information, visit www.Wesdome.com.