Granada Gold Mine (TSXV: GGM; OTC: GBBFF) has updated the mineral resource estimate at its flagship Granada property, a past producer located adjacent to […]
By Jackson Chen July 6, 2022 At 2:27 pm 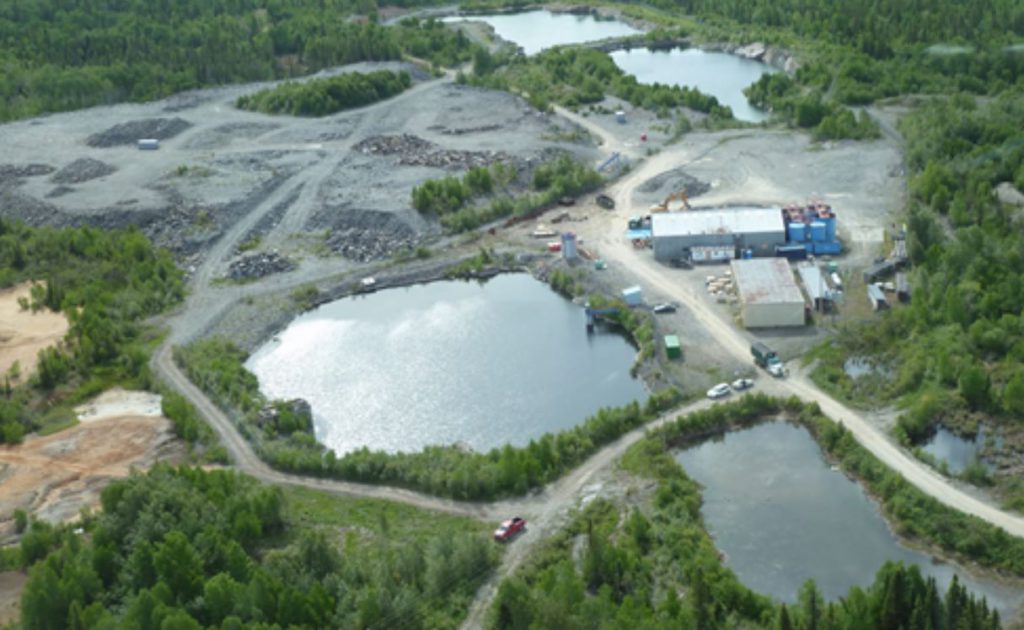 Aerial view of the Granada gold mine. Credit: Granada Gold Mine

Granada Gold Mine (TSXV: GGM; OTC: GBBFF) has updated the mineral resource estimate at its flagship Granada property, a past producer located adjacent to the Cadillac Break in the Abitibi near Rouyn-Noranda, close to several gold deposits and operating mines in northwestern Quebec. This is the second time that the company has published a resource update since shifting its approach to the Granada deposit by reducing the size of the pit in order to increase the pit grade.

The new resource estimate, which combines both in-pit constrained and underground resources, incorporates results of the 30,000-metre drill program recently completed on the Big Claim at Granada since the last estimate was published in January 2021.

Frank Basa, Granada Gold's president and CEO, said, “Granada has been successful in achieving its goals with last year’s 30,000-metre drill program, which was the first phase of a planned 120,000 metres of drilling. We had planned to do much of the drilling during the first phase in, around and below the existing pit aiming to significantly increase the gold mineral resources in line with our target grades, and also to confirm gold mineralization with step-out drilling to the north of the pit. We did all that."

According to Basa, the potential of Granada "has not yet been realized," given that drilling has been conducted on only 2 km of the 5.5 km estimated east-west zone, and the company still has "plenty" of prospective targets. "Past and recent drilling confirmed the presence of downward-sloping gold veins at depth to the north of the pit but we mostly have not drilled enough there to count that as part of the mineral resource," he added.

The former Granada underground mine had produced more than 50,000 oz. of gold at an average grade of 9.7 g/t gold from two shafts before a fire destroyed the surface buildings. Bulk samples taken from the surface in the 1990s and since then have graded in the 3 to 5 g/t range. Last activity at Granada was the recovery of approximately 2,200 oz. of gold in 2000.

Following its acquisition in 2006, Granada Gold has been looking to revitalize the deposit to the first stage of production – what it calls a high-grade "rolling start". Drilling has been conducted since 2009 on unexplored areas near the past-producing pit with the aim of expanding the resource and demonstrating its open pit and underground potential. To date, only about 20% of the property has been explored.

More information is posted at www.GranadaGoldMine.com.