NUNAVUT – Peregrine Diamonds of Vancouver has confirmed that the at CH-6 kimberlite at the Chidliak project near Iqaluit extends more than […]
By Marilyn Scales August 23, 2017 At 4:25 pm 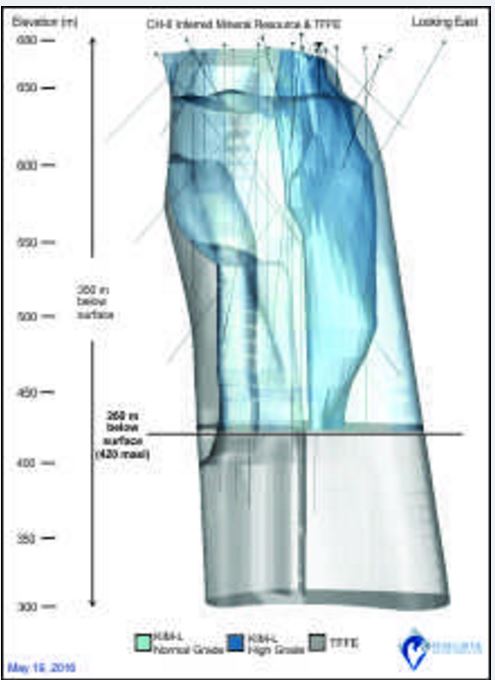 Resource model of the Chidliak CH-6 kimberlite. (Credit: Peregrine Diamonds)[/caption] The 500-metre mark was the expansion goal of this  year’s drilling program at Chidliak. Other holes drilled to depths of 296, 485, 442 metres also ended in kimberlite. Peregrine recently completed a preliminary economic assessment for phase one development at Chidliak that estimated over 15 million carats in the inferred resource. The base case gave the project a $1.31 billion pre-tax next cash flow, a pre-tax net present value of $743.7 million (7.5% discount), and a pre-tax internal rate of return of 38.1%. The payback period would be only two years. For further information visit www.PDiam.com.