INFRASTRUCTURE: Coalition calls for east-west road to Ring of Fire 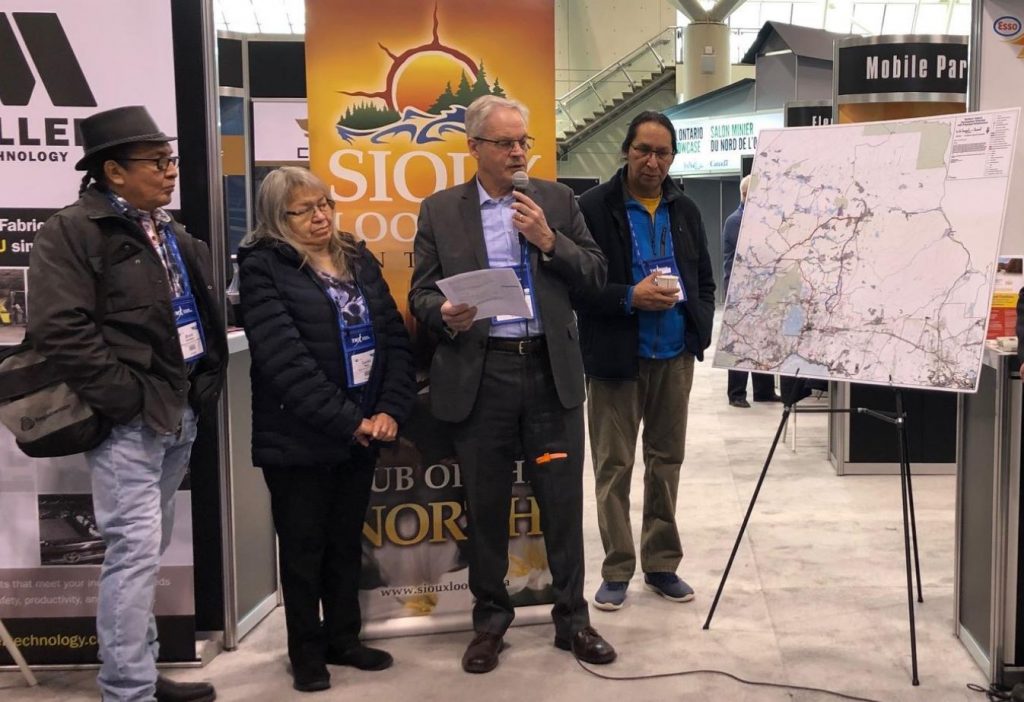 ONTARIO – The best way to gain access to the mineral potential of the Ring of Fire is to build an all-season, east-west road. That is the opinion of the newly created East-West Ring of Fire Road Coalition (EWRFC). [caption id="attachment_1003727354" align="alignleft" width="300"] The new EWRFC pitched an east-west road proposal at the PDAC. (Image: East-West Ring of Fire Road Coalition)[/caption] The coalition took its reasoning to the Prospectors and Developers Association of Canada meeting this week in Toronto. The EWRFC contends this route will benefit the greatest number of Ontario communities and increase the range of economic opportunities associated with the Ring of Fire — where undeveloped deposits of chromite, nickel, copper and PGEs have a potential value of $60 billion or more. All-weather road access to the area will greatly improve the economics of mine development without which the deposits have no value. The EWRFC represents municipalities, First Nation communities and businesses in northwest Ontario. The coalition wants government support for a route from highways 599 and 72, extending from the Trans-Canada Highway 250 km west of Thunder Bay to the Ring of Fire. Originally proposed by Noront Resources, an east-west road would pass close to Cat Lake, Mishkeegogomang, Lac Seul, Webequie, Nibinamik, Eabamatoong, Saugeen, and Slate Falls First Nations.  Other adjacent communities that would benefit economically from a new road include Sioux Lookout, Pickle Lake, Ignace and Dryden. To indicate your support or learn more about an east-west road to the Ring of Fire, contact Vicki Blanchard, economic development manager for the Municipality of Sioux Lookout by cell (807-738-2122), at the office (807-737-4670) or via email at [email protected].