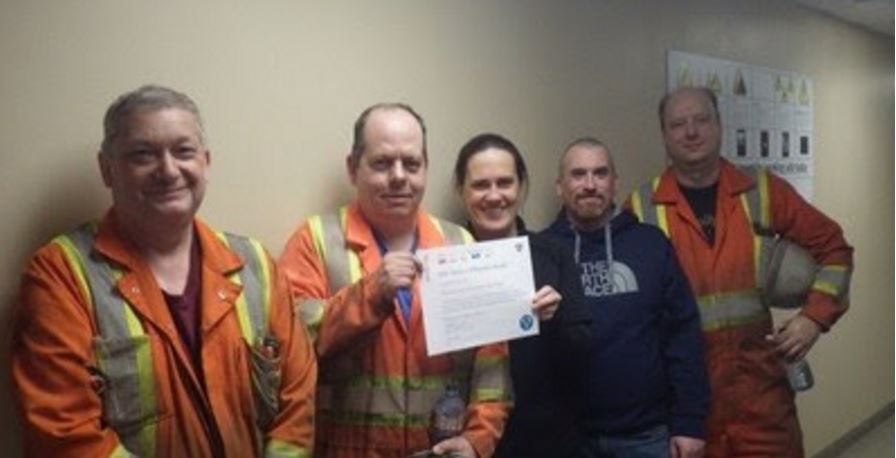 The IOC team that received the Rio Tinto CEO's Ground Breaker Safety Award.[/caption] Ground Breakers is Rio Tinto's global group-wide recognition awards program, with winners chosen by Rio Tinto CEO Jean-Sebastien Jacques. Awards are given to teams who innovate the business in support of the company’s five priorities – safety, people, cash, partnerships, and growth. The team combined their creativity and operations knowledge to develop the thumb activated microphone. In order to communicate with on-coming heavy mine equipment and light vehicles, a grader operator active in a pit is required to pick up and click a microphone, which means releasing the operating joystick. On average, this occurs between 75 to 100 times in a 12-hour shift. Releasing the joystick causes the grader to stop abruptly and negatively impacts the continuity and quality of road maintenance. To address this disruption, the team integrated a radio button into the joystick, allowing the operator to make and receive calls without having to release the joystick.  This solution directly addresses the critical risk of vehicle collision or rollover. In addition it also improves productivity. Click here to visit the IOC website or click here to view the IOC photo gallery.