Where others have stumbled, Maple Gold Mines has stayed the course and is ready to advance their Douay project in Quebec’s Abitibi […]
By Magda Gardner November 30, 2020 At 12:11 pm 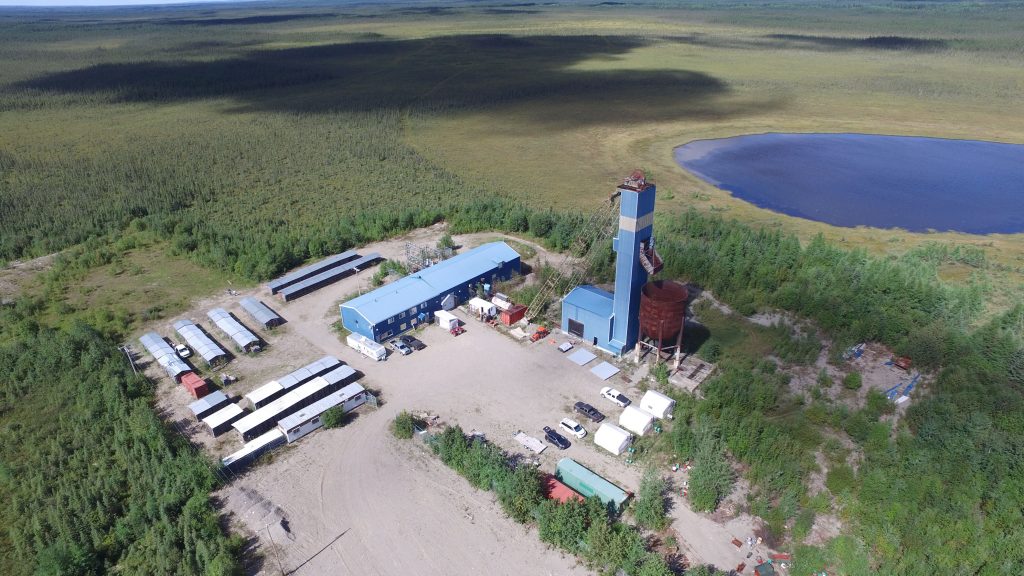 Where others have stumbled, Maple Gold Mines has stayed the course and is ready to advance their Douay project in Quebec’s Abitibi Greenstone Belt.

Through a tumultuous period defined by Covid-19, community lockdowns, economic uncertainty and surging prices for precious metals, maintaining a stable and reasoned approach to exploration has been difficult for many in the mining sector. However, for the team at Maple Gold Mines (TSXV: MGM; US-OTC: MGMLF), years of meticulous planning are paying off as the company has not only weathered the pandemic-influenced storm that has been 2020, but has been able to rise above its challenges and advance their keystone project. The Quebec-focused exploration company is now poised to see their Douay Gold Project move forward after receiving strong assays from its most recent drilling campaign, while also forging a strategic partnership with one of the biggest players in the industry. For Maple Gold’s president and CEO, Matthew Hornor, these are further signs that their business plan has been able to succeed where others have faltered. “Patience pays off, as does perseverance and hard work,” says Hornor. “We are among the very fortunate few junior miners that get to have the experience of working alongside a major mining company to develop our project together.” After a varied career that included a decade-long stint at Ivanhoe Mines, Hornor joined Maple Gold in 2017, intent on turning the junior into something much bigger. To do so, he assembled a team with decades of exploration and development experience and doubled down on the company’s Douay project. “We are the owners of a project that’s been around for four decades,” Hornor says, adding that, “The initial discovery of gold at Douay was made by Inco back in 1976. But it was not fully appreciated until the team we put together put in the hard work to show everybody that the potential at Douay is real.” Douay is a district-scale project located in the province’s Abitibi Greenstone Belt. Maple Gold’s land package in the region totals 357 sq. km., with the company holding a 100% interest in claims covering about 345 sq. km., as well as a 75% interest in the remaining claims. Between January and March of this year, the company completed at 4,370-metre drill campaign that saw 11 of the 14 holes drilled intersect higher than deposit average grade gold mineralization. One of the holes drilled, DO-20-281, intercepted 75 metres of 1.23 grams per tonne of gold, part of which included 31 metres at 1.61 grams gold. Building on these results, Maple Gold has begun a new 3,000-metre exploration drill campaign at the site. The focus of the initial drilling is one to two deeper holes, each about 500 metres in depth, aimed at a high-priority discovery target in the northeast part of the property. And while the company has maintained its focus on exploration work at the site, Hornor and his team have also been quietly building up the other part of their business plan: a strategic relationship with a major. “The mandate we had, when I became involved with the company three and a half years ago, was to advance this project in a meaningful way,” says Hornor. “And to advance it significantly, you always need to have help from a strategic, larger partner. From day one, my focus was to do that, but I also didn’t want to rush it. And it had to be the best possible deal and partner for us.” The outcome of several years of discussions is the recent announcement that Agnico Eagle Mines (TSX: AEM; NYSE: AEM) has taken a strategic investment in Maple Gold, and now owns about 12.8% of the company. As well, the companies are combining their contiguous properties in the region – Maple Gold’s Douay and Agnico’s Joutel – with Agnico committing the first $18 million for exploration work at the consolidated property package. “This agreement with Agnico is nothing short of transformational for us,” says Hornor. “It’s an endorsement from one of the leading gold mining companies in the world, and it shows that people now see us the way we always saw ourselves: a company with the potential to develop a substantial new gold camp in the heart of one Canada’s most prolific gold belts.” — The preceding Joint-Venture Article is PROMOTED CONTENT sponsored by Maple Gold Mines, and presented in co-operation with The Canadian Mining Journal. Visit www.maplegoldmines.com for more information.