The Abitibi greenstone belt that stretches across Ontario and Quebec is one of the most prolific sources of gold in Canada, having […]
By May 27, 2021 At 3:05 pm 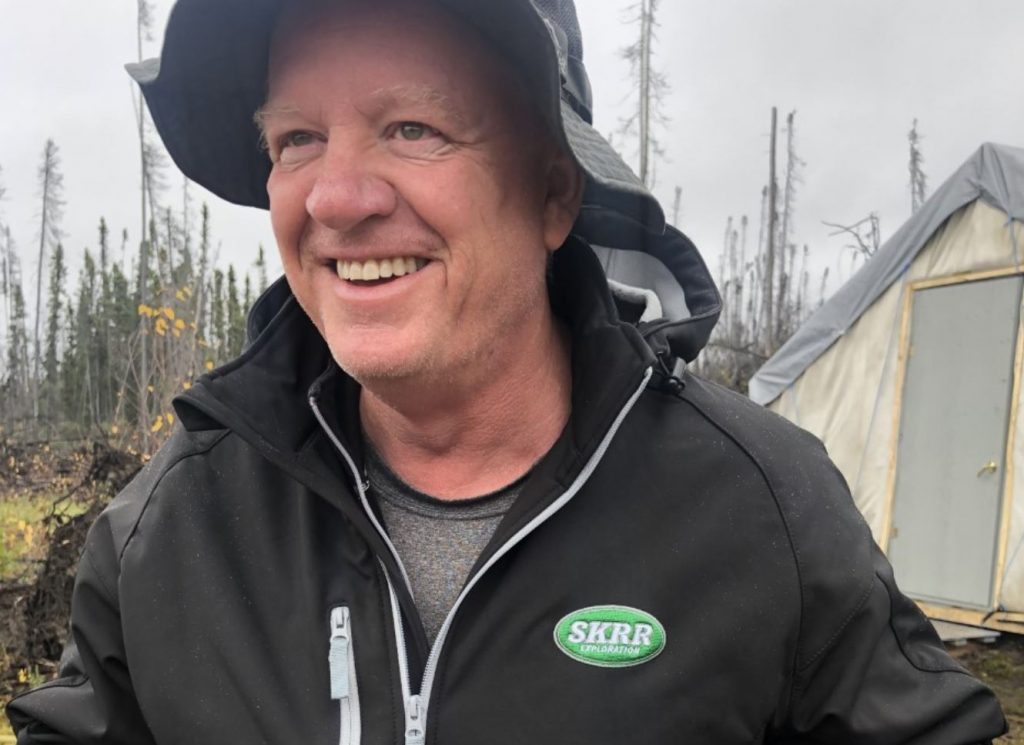 SKRR co-founder and chairman Ross McElroy with a core sample from the company’s Olsen project in Saskatchewan. Credit: SKRR Exploration SKRR co-founder and chairman Ross McElroy with a core sample from the company’s Olsen project in Saskatchewan. Credit: SKRR Exploration[/caption]

The Abitibi greenstone belt that stretches across Ontario and Quebec is one of the most prolific sources of gold in Canada, having produced roughly 200 million ounces over more than a century of mining activity, and continues to attract attention from companies intent on finding new deposits.

Further west, running through Saskatchewan, is the Trans-Hudson Corridor, a region that hosts gold bearing Greenstone Belts similar to Abitibi, yet is vastly underexplored. But while others overlook the Corridor, SKRR Exploration (TSXV: SKRR) has been methodically advancing its gold projects in the province.

The Trans-Hudson Corridor runs from Nebraska up through the Dakotas, eastern Saskatchewan and then across northern Manitoba towards Hudson Bay. The Corridor’s most famous deposit was the legendary Homestake Gold Mine in South Dakota, which was in continuous production from 1878 to 2002 and the source of almost 44 million ounces of gold. Today, the top producing gold mine in the Corridor is SSR Mining’s (TSX: SSR) Seabee operation, located in the same part of northern Saskatchewan that SKRR has been focussing on.

Of SKRR’s five projects, its Olson property is the current flagship. Located in Saskatchewan’s La Ronge gold belt, Olson covers 5,038 hecatres about 80km south of SSR’s Seabee operation. The company completed a maiden 2,981m drill program in autumn 2020 in which 13 of the 18 drillholes intercepted high grade gold mineralization in multiple holes. They then began a follow up 1,674m, 12-hole drill program earlier this year which recently finished, and whose assay results continue to show significant mineralization.

The ability to find these mineralized zones can be directly attributed to the team behind SKRR. An in-depth understanding of the region comes from the company’s co-founder and chairman, noted geologist Ross McElroy who, together with Sherman Dahl, SKRR’s President and CEO, have created a crack exploration vehicle with which it plans to make big discoveries. Recipient of Northern Miner’s 2012 Mining Person of the Year and PDAC’s 2014 Bill Dennis honour, McElroy has been involved with multiple major Canadian gold and uranium discoveries, several of which have been developed into producing mines.

“The Trans-Hudson Corridor is responsible for a lot of world class mining districts,” says McElroy. “But what’s been overlooked is its potential for world class gold deposits, especially in Saskatchewan. So, the potential’s been there, it just really hasn’t been explored. And that’s where we come in.”

McElroy explains they began by looking at the region from a district level and quickly realized that if there’s one asset like SSR’s Seabee, there had to be others. And he emphasizes that one of the company’s guiding principles is to reduce the risk factor involved with exploration and development projects.

“There has been a lot of historical work done in the areas where we’re operating, but what was missing was a better understanding of the structural nature of the properties. There were a lot of holes drilled, but most probably missing the big picture. You know, people did some near surface drilling, didn’t see much and moved on. Now, we have a much better and more thorough understanding of the geology and the nature of these deposits.”

He also points out that another element of risk reduction is where they are operating, highlighting that Saskatchewan is a stable, resource-friendly jurisdiction consistently rated as among the best jurisdictions for miners to work in.

In the months ahead, McElroy says that SKRR will be ramping up the latest addition to their portfolio, the Manson Bay property, situated about 40km northwest of Flin Flon.

“Manson Bay is a real gem,” says McElroy. “It has all the earmarks of a top-tier project, with high grades and a sizeable resource. We’ll be going in there later this summer to start advancing on it, because this is a property we really want to sink our teeth into. With the price of gold moving the way it is, other majors are going to come to the province. And, of course, we know that everyone will be looking for ounces. So that’s why we’re moving forward with our exploration work, intending to stay ahead of the curve.”