Canadian explorer Solaris Resources (TSX: SLS; US-OTC: SLSSF) holds a portfolio of copper and gold projects in the Americas, with properties in Ecuador, Peru, […]
By Canadian Mining Journal Staff December 9, 2021 At 11:00 am 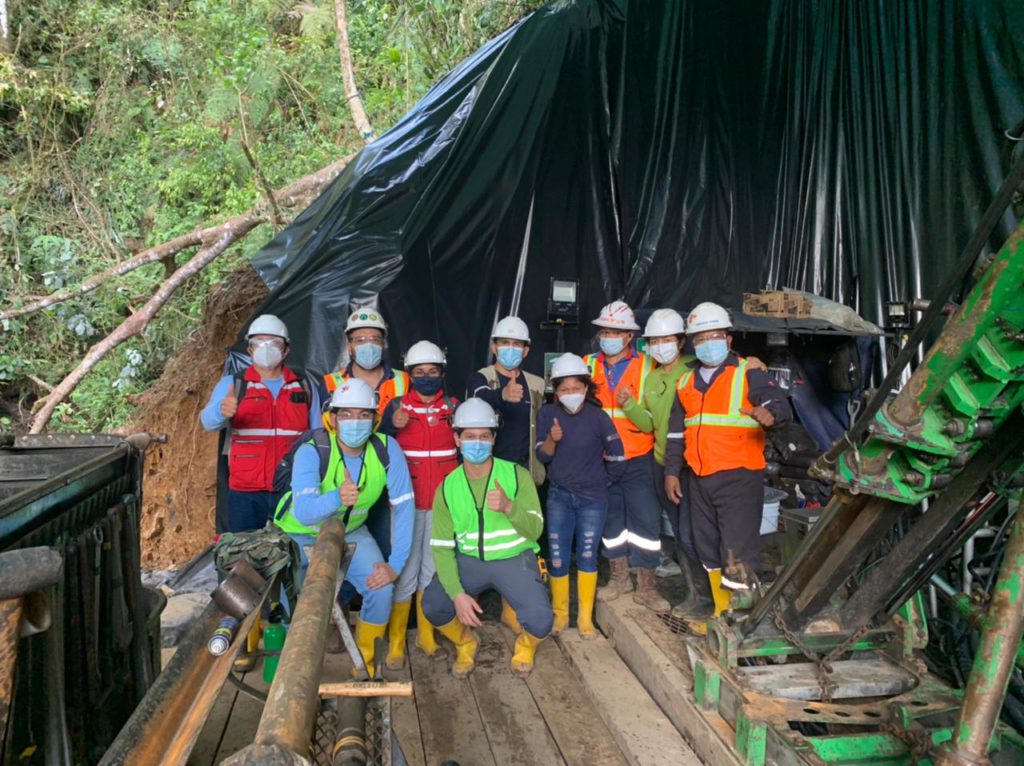 The Vancouver-headquartered junior is focused on advancing its 100%-owned flagship Warintza copper-gold project in southeastern Ecuador, about 100 km south of the city of Macas.

The 268-sq.-km property lies along a mineral belt that hosts Explorcobres’ (previously called Corriente Resources) San Carlos-Panantza copper and gold mine, immediately adjacent to Warintza, and the Mirador copper and gold mine, about 40 km to the south, one of the world’s lowest cost copper operations and largest mines in Ecuador. Operated by Ecuacorriente, a subsidiary of the Chinese consortium CRCC-Tongguan, Mirador started production in 2019 and is expected to produce 94,000 tonnes of copper concentrate per year.

Daniel Earle, Solaris’ president and CEO, says Warintza lies within a region “that potentially hosts tens of millions of tonnes of copper and millions of ounces of gold and has seen significant investment in mineral exploration and mining activities since 2014 when the government shifted its policy to encourage mineral development.”

“It’s the grade, scale, and setting that makes Warintza special,” he said. “The project also benefits from excellent infrastructure and is situated in one of the only mining jurisdictions globally that has been cutting taxes and royalties, streamlining permitting, and generally making the environment more attractive to global mining investment.”

The property is adjacent to a national highway that connects it to Pacific ports, is supplied by clean and inexpensive hydroelectric power, and lies at low elevation with an abundant supply of fresh water, as well as having access to low-cost labour. “All of which are primary drivers of billions of dollars of capital cost savings,” he said.

Over the past 12 months, Solaris has completed approximately 50,000 metres of drilling to expand the size of and increase its confidence in the resource at Warintza Central. The drilling, said Earle, consistently intercepted long intervals of high-grade copper mineralization, with assays returning up to 1% copper-equivalent at or near surface and extending to greater than one km to depth.

“We’ve had 12 drill rigs turning on the property, with the drilling focused on the further growth potential of Warintza Central, which remains open to the north, east, and south, as well as testing the potential for new discoveries on the property,” he said.

“The long, high-grade intercepts and grade distribution are key differentiators of Warintza compared with other copper discoveries made globally in the last two decades,” said Earle.

Solaris is awaiting assay results from drilling Warintza South, as well as approval for drill permits at Yaw that it expects to receive within the next couple of weeks and plans to start drilling soon after.

The company plans to publish an updated mineral resource estimate in the first quarter of 2022 and a preliminary economic assessment, slated for release later in the year, which “is anticipated to demonstrate a high-grade starter pit and could distinguish Warintza as one of the best copper projects globally,” Earle said.

According to Earle, Warintza enjoys strong support from the local and national governments. Solaris completed Ecuador’s first government-sponsored consultation process in 2019 and signed the country’s first Impact and Benefits Agreement with the local indigenous communities in 2020. He said Solaris now employs over 450 personnel, which “represents full employment from the local communities.”

The company also has a pipeline of grassroots projects, including Ricardo and Tamarugo in Chile; Capricho and Paco Orco in Peru; and La Verde in Mexico, a development-stage 60:40 joint venture with Teck Resources (TSX: TECK.A/TECK.B; NYSE: TCK).

Major shareholders in Solaris include Richard Warke, Solaris’ chairman and founder of the Augusta Group, a management group specialising in exploration and project development with a track record of $4.5 billion in exit transactions over the last decade, holds a 33% stake; Equinox Gold (TSX: EQX; NYSE: EQX), which holds a 16% stake in the company; the Lundin Family holds 5%; and management holds 5%.