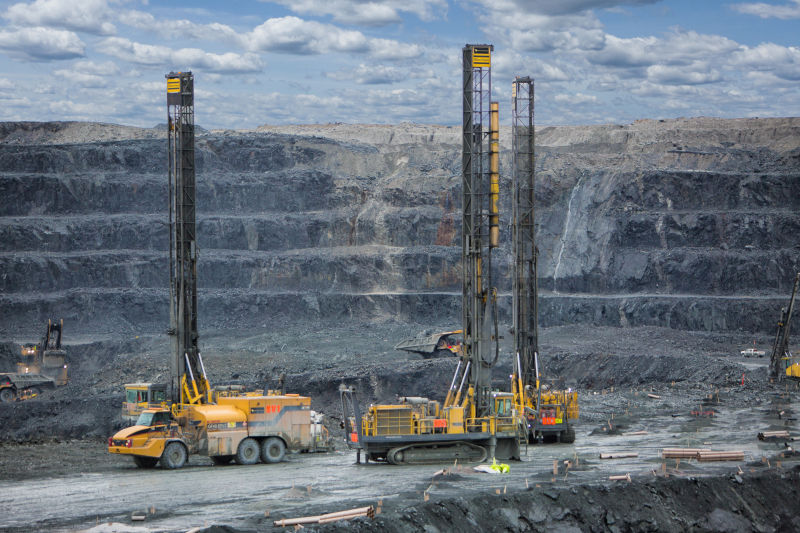 Drilling targeting underexplored areas around the Detour Lake pits at Kirkland Lake Gold’s (TSX, NYSE: KL) Detour Lake property has returned wide and high-grade gold intervals. The miner is completing a 250,000-metre exploration program at the site in 2021 with an updated production plan and reserve statement expected early next year.

The latest results include assays for 30 drillholes completed at the Saddle zone, between the Main and West pits, where continuous mineralization has been confirmed over 800 metres of strike and to a depth of 800 metres, and around the West pit reserve shell, with mineralization traced west and below the reserves.

“With today’s results, we are increasingly confident that a large continuous deposit is situated along the Detour Mine Trend (DMT) that extends from the Main pit, through the Saddle zone and continues beyond the West pit location. We are also extremely encouraged by the wide, high-grade intersections being reported at depth across the Saddle zone, which confirm the potential for strong growth in mineral resources and mineral reserves in support of future open-pit and as well as underground mining,” Tony Makuch, Kirkland Lake Gold’s president and CEO, said in a release.

Makuch added that the company plans to release an updated NI 43-101 technical report for Detour Lake by the end of March, which will outline a production profile in line with the company’s prior guidance for 680,000 to 720,000 oz. a year between 2021 and 2023 from the open pit mine, increasing to around 800,000 oz. annually in 2025. The report will not include any drilling completed by Kirkland Lake Gold since acquiring the asset – these results will be incorporated into a new mine plan that is expected early next year.

Results from central Saddle suggest a similar style and grade of mineralization to the existing Main and West pits, with wide and high-grade gold intervals near the lower limits of the existing resource shell. Assays from the Detour Mine Trend, east of the West pit, appear to confirm the continuity of mineralization through the western portion of Saddle and into an area under the West pit.

Exploration at Detour Lake is ongoing with 12 drills, which are expected to drill roughly 270,000 metres by year-end.