Gabriel Resources plans to file a statement of claim in its arbitration case against Romania seeking an amount equivalent to $5.7 billion […]
By Alisha Hiyate June 29, 2017 At 5:08 pm 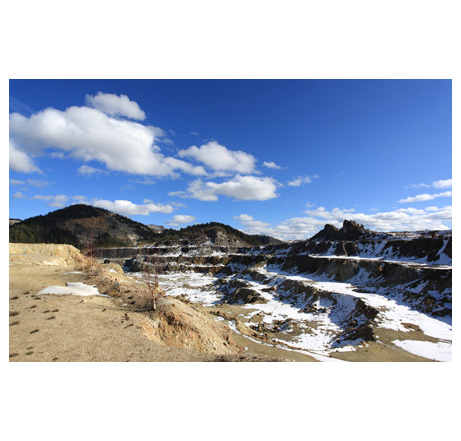 A view of the Cetate open pit at Rosia Montana during the winter months. Credit: Gabriel Resources

Gabriel Resources plans to file a statement of claim in its arbitration case against Romania seeking an amount equivalent to $5.7 billion as compensation for its stalled Rosia Montana gold-silver project. In a release, Gabriel said that by licencing and then blocking the implementation of Rosia Montana, the Romanian government has deprived Gabriel entirely of the use, benefit and value of its investments in Romania, including its rights to develop the Projects. Gabriel says that Romania has violated provisions of the Canada-Romania and UK-Romania investment treaties in the following ways: expropriating Gabriel's investments in Romania without compensation; failing to accord to its investments fair and equitable treatment and full protection and security; and the impairment of its investments by discriminatory and unreasonable measures. The statement of claim, to be filed on June 30, will detail factual and legal arguments supporting Gabriel’s claim against Romania and damages sustained. It will be submitted to the arbitral tribunal constituted under the auspices of the World Bank's International Centre for Settlement of Investment Disputes ("ICSID"). Romania must file its response by Feb. 15. A hearing on the merits of the claim before the Tribunal, is scheduled for Sept. 9 to 20, 2019. “The Romanian government unlawfully blocked the permitting of the Rosia Montana Project and then acted in manifest disregard of Gabriel’s agreement with the State and existing license rights,” said Jonathan Henry, Gabriel’s president and CEO in a release. “The actions of the Romanian government are tantamount to expropriation of Gabriel’s investments in Romania. As Gabriel’s requests for conciliation and negotiation have been completely ignored by the Romanian government, the only recourse left to the company is to vigorously pursue this arbitration to its conclusion.” For more information, visit: www.gabrielresources.com. [caption id="attachment_1003719024" align="alignnone" width="500"] A view of the Cetate open pit at Rosia Montana during the winter months. Credit: Gabriel Resources[/caption]