With a resource estimate for the Berry zone at Marathon Gold’s (TSX: MOZ) Valentine gold project underway, the company has released assay […]
By Canadian Mining Journal Staff March 11, 2021 At 1:33 pm 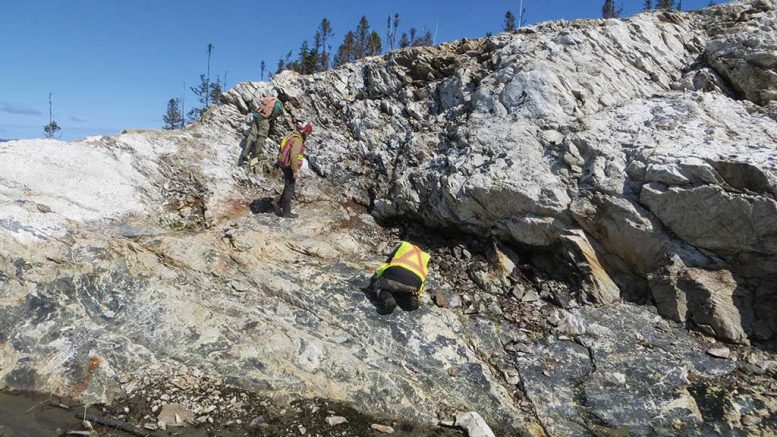 With a resource estimate for the Berry zone at Marathon Gold’s (TSX: MOZ) Valentine gold project underway, the company has released assay results for seven holes drilled within the 1.5-km target this year. The latest results include a deeper drillhole assay from the less-explored central portion of Berry that returned 22 metres of 6.57 g/t gold starting at 232 metres.

An initial resource for Berry, based on the 42,000 metres of drilling completed through to the end of last year, is being prepared. An additional 30,000 metres is scheduled for this year at Berry with exploration also planned for the Sprite and Victory deposits and for earlier-stage targets along Marathon’s 20-km stretch of the Valentine Lake shear zone.

According to Matt Mason, Marathon’s president and CEO, since starting its $10.5-million 2021 exploration program at Valentine in January, the company has drilled 37 holes, for a total of 10,335 metres.

“All of our drilling currently is within the 1.5-km-long Berry zone, and these latest results again demonstrate strong quartz-tourmaline-pyrite-gold mineralization at this location with high grades,” Manson said in a release.

Gold mineralization at Valentine is mainly found in the dipping stacked quartz-tourmaline-pyrite veins. Each of the seven holes reported in the release returned drill intercepts over 0.7 g/t gold.

Last April, the company released a prefeasibility study for Valentine, which outlined a 12-year open pit and conventional milling operation producing an average of 175,000 oz. of gold annually in the first nine years of operation.