Marathon Gold Corp. (TSX:MOZ) has released an initial inferred resource estimate for the Berry deposit at the Valentine gold project in Central […]
By Alisha Hiyate April 21, 2021 At 3:40 pm 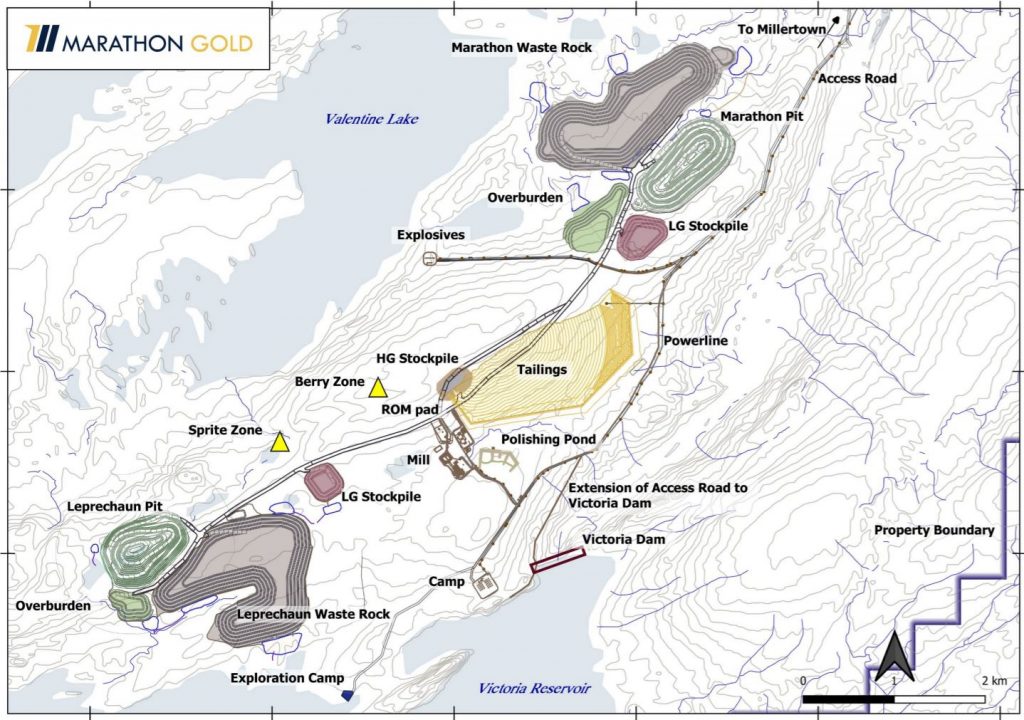 Marathon Gold Corp. (TSX:MOZ) has released an initial inferred resource estimate for the Berry deposit at the Valentine gold project in Central Newfoundland. Based on 42,000 metres of drilling, it totals 638,700 oz. of gold in 11.3 million tonnes averaging 1.75 g/t gold.

The company says the total resources for the Valentine project now stand at 3.1 million oz. in 56.7 million measured and indicated tonnes at 1.72 g/t gold (unchanged from the earlier estimate). The inferred portion, including the new Berry estimate, is now 1.64 million oz. in 29.6 million tonnes grading 1.972 g/t gold. The new number represents a 64% increase from the previous estimate.

“Berry demonstrates the same style of concentrated quartz-tourmaline-pyrite gold veining in Main zone type configurations with which we are familiar elsewhere at the Valentine gold project, said Marathon president and CEO Matt Manson in a release.

“Overall, the geological relationships at Berry, the distribution of mineralization, and the high resource grades are reminiscent of the nearby Leprechaun deposit, which contributes a substantial portion of the mineral reserves used in the current 13-year Valentine gold project mine plan,” he added.

None of the resources thus far identified at the Berry deposit have been included in core plans for development which is based on open pits at Marathon and Leprechaun deposits and a central mill. Capacity at the mill will likely be between 2.5 million and 4.0 million tonnes per year.

A presentation outlining the Valentine project feasibility study is posted at www.Marathon-Gold.com.