For decades scientists have been puzzled by the formation of rare hyper-enriched gold deposits in places like Ballarat in Australia, Serra Palada […]
By Canadian Mining Journal Staff May 25, 2021 At 2:40 pm 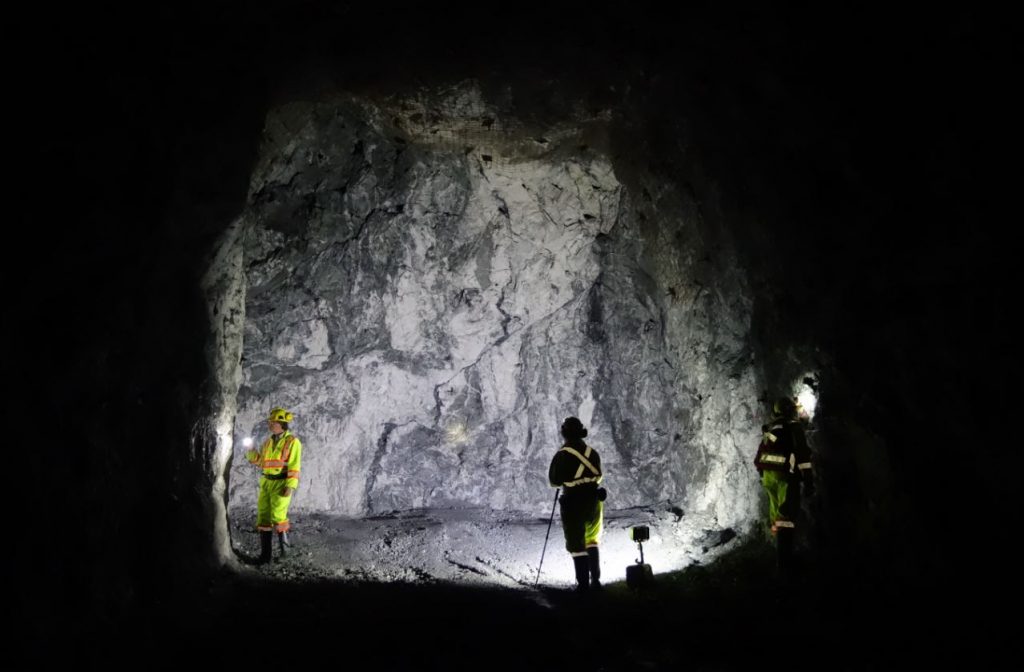 The McGill colloidal gold research team at the Brucejack mine. Credit: Duncan McLeish. Redpath bored the longest raise in the Americas at the Macassa gold mine. Credit: Redpath Raiseboring.[/caption]

For decades scientists have been puzzled by the formation of rare hyper-enriched gold deposits in places like Ballarat in Australia, Serra Palada in Brazil, and Red Lake in Ontario. While such deposits typically form over tens to hundreds of thousands of years, these ultrahigh grade deposits can form in years, month, or even days. So how do they form so quickly?

Studying examples of these deposits from Pretium Resources’ (TSX: PVG; NYSE: PVG) Brucejack gold mine in northwestern British Columbia, McGill professor Anthony Williams-Jones of the Department of Earth and Planetary Sciences and PhD student Duncan McLeish have discovered that these gold deposits form much like soured milk. When milk goes sour, the butterfat particles clump together to form a jelly.

The researchers believe they have solved the paradox of how quickly bonanza grade deposits can form. For a century geologists thought there was not enough time to epithermal deposits to reach such high grades, but they do. With very low gold content in the migrating hot water, it should take millions of years to concentrate a single centimetre-wide crack with gold. However, such veins are known to grow in days, months or years.

Williams-Jones and McLeish used an electron microscope to produce the first evidence for gold colloid formation and flocculation in nature on a nano-scale. They then scaled up the images by integrating millions of the nano-veins to reveal how bonanza veins are formed.

Their findings will help geologists improve their understanding of how such deposits form and help them develop more effective ways of finding them.

The article was published in Proceedings of the National Academy of Sciences.