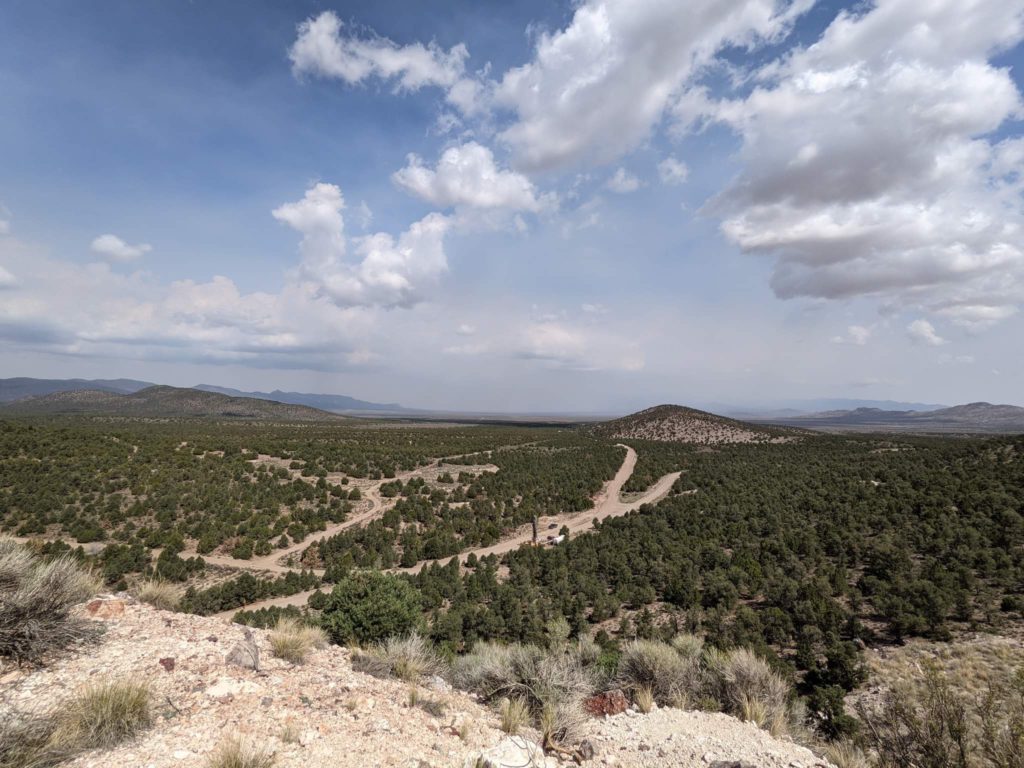 View of the past-producing Atlanta mine: Credit: Nevada King Gold

The lead order will come from company CEO Collin Kettell, who intends to subscribe for 10 million shares for a total of $4.5 million. Participation by management and insiders is expected to make up roughly half of the financing.

Upon closing of the private placement, Nevada King would have more than $23 million in working capital that will underpin the its plans to aggressively pursue exploration activities along the Battle Mountain trend.

The company is currently the third-largest claim holder in the state of Nevada behind Nevada Gold Mines (Barrick and Newmont) and Kinross Gold. Starting in 2016, it has built its portfolio of assets through staking large project areas with significant historical exploration work that have the potential to host multi-million ounce gold deposits.

A Phase I, 5,500 metre drill program was initiated last year at Atlanta with the goal of adding additional ounces in the pit, resulting in a brand new discovery of 9.1 metres grading 8.26 g/t gold located 560 metres north of the Atlanta pit.

For more information on the historical mine, visit www.nevadaking.ca.