Did someone in Ottawa leak news of an Environment Canada decision more than two weeks before it was made public? That is what regulators would like to know, and they have begun investigating.
By Canadian Mining Journal Staff November 25, 2010 At 5:00 pm 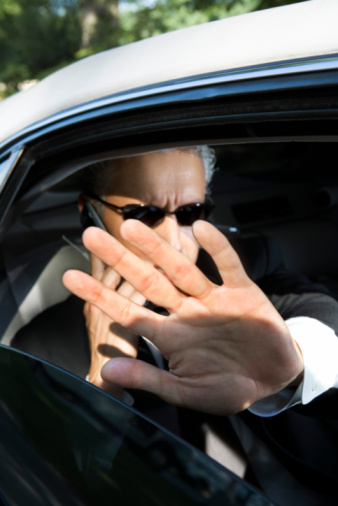 Did a leak in Ottawa sink Taseko shares?

Did someone in Ottawa leak news of an Environment Canada decision more than two weeks before it was made public? That is what regulators would like to know, and they have begun investigating.

The decision involved denial of the environmental permit for Taseko Mines' Prosperity gold-copper mine 165 km southwest of Williams Lake, BC. The government's decision was made public on Nov. 2, but shares in Taseko took a nosedive on Oct. 14, dropping almost 40%. Bloomberg reported over 30 million shares traded in a matter of hours. At the peak, 2.7 million shares were sold in 40 seconds.

The crash is being looked at from several angles. First, Taseko has launched its own investigation. The federal watchdog, the Investment Regulatory Organization of Canada, is examining the events. If any irregularities are uncovered, the B.C. Securities Commission will be involved. If there is evidence of a leak, the RCMP will be called in.

Taseko has a large investment in the Prosperity project. It spent about $100 million on exploration and studies getting the project to the point that British Columbia gave its approval in earlier this year. The property hosts one of Canada's largest undeveloped porphyry deposits. Measured and indicated resources are more than 1.0 billion tonnes containing 5.3 billion lb of copper and 13.3 million oz of gold. The total pre-production capital cost was to have been $824 million to build an open pit and 70,000-t/d concentrator. Construction was to have started next year and commissioning was set for the first half of 2013.

The most controversial aspect of Prosperity, and the reason for blocking development, was Taseko's plan to drain local lakes to establish a tailings and waste rock management area. One of the lakes affected, Teztan Biny (Fish Lake) is considered sacred by the Tsilquot'in people.

Prosperity would be a company-maker for Taseko and a fitting complement to its 75%-owned Gibraltar copper-molybdenum mine 65 km north of Williams Lake. The company is not walking away. President and CEO Russell Hallbauer said, "Our next steps will be discussions with both the federal and provincial governents to look at options so that this mining project can move forward and meet the criteria that the federal government deems appropriate."

Delay will results in added costs, but the 5.3 billion lb of copper and 13.3 million oz of gold aren't going anywhere in the meantime.

The resignation of federal environment minister Jim Prentice two days after the Prosperity announcement probably had nothing to do with it or any suspected leak. He has a good reason for leaving the political arena; he will be vice-chair and senior executive VP at the Canadian Imperial Bank of Commerce beginning early next year.

HOT TOPIC: Will investigators be able to find evidence of an information leak that forced Taseko Mines shares to fall 40% two weeks before the federal government announced its decision to deny environmental approval for the Prosperity gold-copper mine?

To vote yes or no, please go to CMJ's home page, www.CanadianMiningJournal.com, and click on the Hot Topic box on the left side of the page.