Pure Gold to raise $30M to ramp up mine output, cut costs in Red Lake 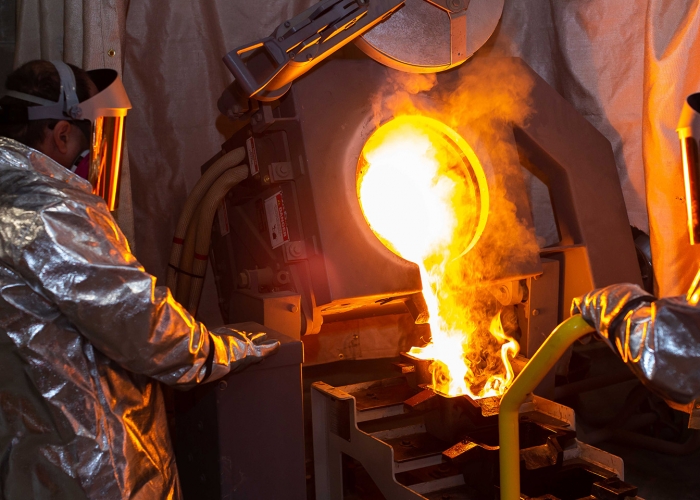 The first pour at the PureGold mine was made Dec. 29, 2020. Credit: Pure Gold Mining

Cash-strapped Pure Gold Mining (TSXV: PGM; LSE: PUR) is making a non-brokered private placement of 200 million units at a price of $0.15 each as a means of raising $30 million for its PureGold mine in Red Lake, Ont. Each unit will consist of one common share and one share purchase warrant. The warrants are transferrable and entitle the holder to acquire one more Pure Gold share for $0.18 during a period of six months, subject to certain adjustments.

The company will pay a cash finder’s fee of 6% of the aggregate proceeds raised from subscriptions arranged by certain finders.

Pure Gold may also issue an additional 66.7 million units, taking the gross proceeds up to $40 million if there is a demand for them.

The largest shareholder of Pure Gold is AngloGold Ashanti, which has the right to maintain its pro rata ownership interest. AngloGold invested $16 million for 30.2 million Pure Gold shares at $0.53 each in January 2022, boosting its stake to 19.9% of Pure Gold.

Also in January, Pure Gold offered 17 million shares at the same price in a brokered offering. That offering was worth about $9 million, and the underwriters had an overallotment of another 9.4 million shares which would raise an additional $5 million.

In March, The Northern Miner reported that the owner needed to raise $50 million this year to continue operating. Gold production fell short of expectations last year due to continued shortages of high-grade ore from the underground mine. That lead to blending ore with low-grade development material and stockpiles, reducing the overall feed grade to the 800 t/d mill.

“We have all the ingredients we need  to turn around the operation including a strong geological understanding of the asset, a newly established lower cost base, and a talented team that can deliver,” said Pure Gold COO Terry Smith. “We are excited to get to Q3 when we’ll be operating a stable,  cash-flowing operation, with a new technical report coming soon thereafter.”

Pure Gold has stated a goal of reducing operating and sustaining costs by 30%. Based on preliminary results for April, those costs had already come down 27%, compared to the average monthly costs in the first quarter this year.

The company continues to receive assays from the 60,000-metre definition drilling program completed last November. It has identified new mining areas in the upper McVeigh (above 1 level) and upper Austin (just beneath McVeigh). Both areas have primary development access in place and will be integrated into an updated six-month mining plan.

To aid in achieving its goals, Pure Gold has appointed Tony Makuch a technical advisor.

Details of the PureGold project are posted on www.PureGoldMining.ca.