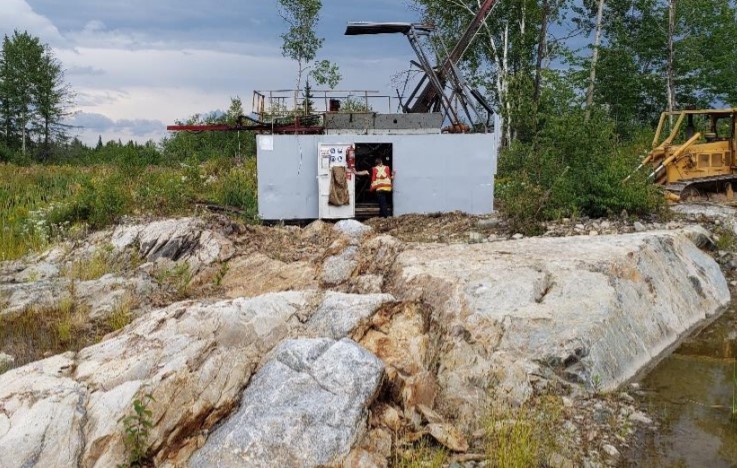 Diamond drilling an outcropping quartz vein at the Granada mine. Credit: Granada Gold Mine.

The metallurgical tests were carried out by SGS Canada’s laboratory in Lakefield, Ont.

For Granada, being able to produce rubidium carbonate as a byproduct enhances the economics of its gold mine, which is at the development stage. The company made an unexpected discovery of a large, low-grade rare earth mineralized zone at the mine early last year. A hole drilled to 1,626 metres intersected 21 distinct mineralized zones from 2.8 to 177 metres thick. The best rubidium grade was 340 g/t over 53 metres.

For Canada Silver Cobalt, the successful tests are validation that the Re-2Ox process has the flexibility to treat exotic feedstock using the same chemicals and process equipment that are used to produce base metal salts for the electric vehicle market. The addition of rubidium carbonate to both lithium-ion and sodium-ion batteries improves charging rates and cyclability.

The Re-2Ox process relies on leaching rather than smelting technology to recover lithium and REEs. The new process has excellent potential to replace smelting in the recycling of vehicle batteries as well as the recovery of critical elements. Leaching is more environmentally friendly than smelting due to less energy use and the elimination of particulate emissions.