Five years after drilling the initial hole at its Las Chispas silver-gold project in Sonora, Mexico, SilverCrest Metals has released a high-margin […]
By Canadian Mining Journal Staff February 3, 2021 At 12:52 pm 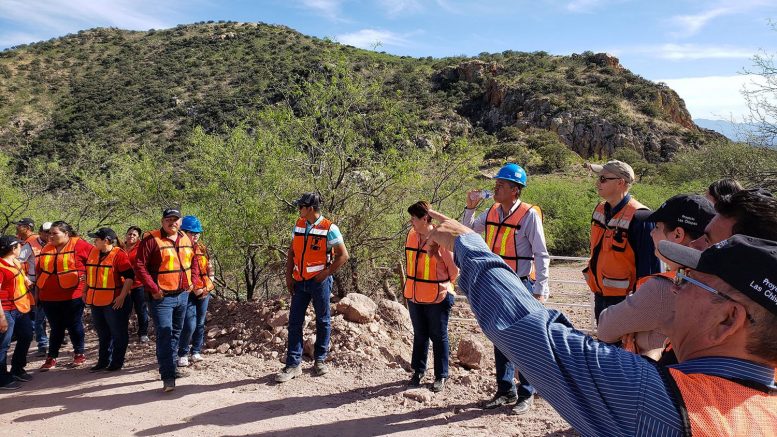 Five years after drilling the initial hole at its Las Chispas silver-gold project in Sonora, Mexico, SilverCrest Metals has released a high-margin feasibility for the project. With the feasibility release, SilverCrest’s board has formally approved construction of the 1,250 t/d mine.

All-in sustaining costs are expected to average US$7.07 per oz. of silver-equivalent over the life of the mine (life of mine operating costs of US$118.49 per tonne milled). According to the release, this costs profile would position Las Chispas “amongst the lowest quartile AISC globally.”

Initial capital costs are estimated at US$137.7 million, with US$123.9 million budgeted for sustaining capital over the mine life. The resulting after-tax net present value is estimated at US$486.3 million, based on US$19 per oz. silver and 1,500 per oz. gold and using a 5% discount rate, with a 52% internal rate of return and a 1-year payback.

Together with the engineering study, SilverCrest has also announced an initial reserve for the site. Proven and probable reserves total 3.4 million tonnes grading 461 g/t silver and 4.81 g/t gold (879 g/t silver-equivalent) for a total of 94.7 million silver-equivalent oz. The release notes that “these estimates place Las Chispas amongst the highest-grade primary silver projects globally.”

“The feasibility study confirms what we have believed for a while, that Las Chispas is economic as a stand-alone operation,” N. Eric Fier, SilverCrest’s CEO, said in a release. “We are already working hard to increase our high-grade reserves while simultaneously constructing the mine and process plant. We are excited about the extensive opportunities that remain to grow and optimize Las Chispas.”

Underground development and mining are expected to ramp up through 2022 and 2023; SilverCrest expects a surface stockpile of 300,000 tonnes of mineralized material once the plant reaches its nameplate capacity, for flexibility in the early days of production and lower start-up risks.

In tandem with the engineering deliverable, in January, the developer entered into a fixed price, turnkey US$76.5-million engineering, procurement and construction (EPC) contract with Ausenco for the construction of a 1,250 t/d process plant at Las Chispas. Ausenco is expected to start this work in February ahead of a start-up targeted for the second quarter of 2022 for a plant ramp-up in the second half of 2022. Procurement of long lead-time items started in the fourth quarter of 2020.

“The Las Chispas feasibility study defines a project with robust economics and potential for further improvements during operations. With our EPC contract and underground development contracts in place, initial construction is already underway and is expected to ramp up through Q1, 2021,” added Pierre Beaudoin, SilverCrest’s COO.

Upside opportunities from the latest study scenario include an expansion and upgrade of mineral resources, optimization of the grade profile in the mine plan, acceleration of the ramp up and potential for increased process throughputs. SilverCrest has identified 45 veins at the site thus far but only drilled 21 of these to a level supporting resource definition with several exploration targets close to the planned underground development that show potential for near-term mine plan optimization. The 1,250 t/d throughputs from the feasibility could also be increased to 1,750 t/d, dependent on reserve tonnage and miming rate optionality.

In January, the company entered into a four-year, US$120-million secured project financing facility. At the end of the month, SilverCrest had US$125 million in cash and US$90 million available under the facility.

Commenting on the feasibility release in a research note, Craig Stanley of Raymond James writes that the study “NPV and IRR were lower than our estimates primarily due to lower reserves, as only 12 of the 40+ known veins made it into the mine plan.” The analyst sees potential for a reserve increase with next year’s inventory update. The sustaining capital estimate also exceeded his prior expectations due to “the amount of underground development based on longer veins requiring more access.”

As a result, Stanley lowered his target price for SilverCrest to $15, down from $15.5 previously, with an unchanged ‘outperform’ rating.