As it looks to a construction decision for its flagship Las Chispas silver-gold project in Sonora, Mexico, SilverCrest Metals has announced that […]
By Canadian Mining Journal Staff January 4, 2021 At 1:12 pm 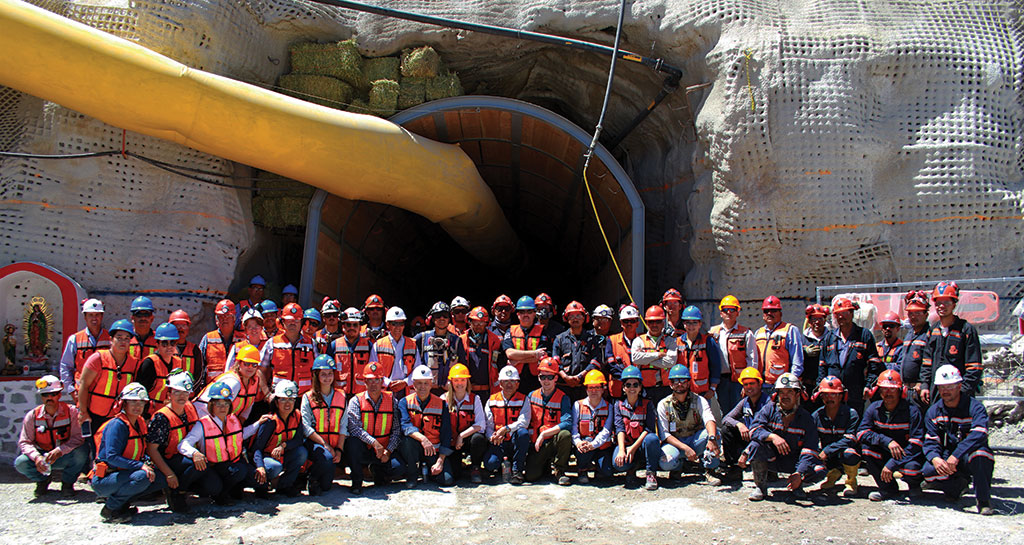 As it looks to a construction decision for its flagship Las Chispas silver-gold project in Sonora, Mexico, SilverCrest Metals has announced that it has entered into a US$120-million credit agreement with RK Mine Finance. The secured financing facility is intended to fund the construction of the proposed 1,250 t/d underground project.

At the same time, the company has entered into a fixed price, US$76.5-million engineering, procurement and construction contract (an EPC contract) with Ausenco, for construction of the Las Chispas process plant. Ausenco is also currently finalizing a feasibility study for the project, with results expected towards the end of January. The release notes that SilverCrest is “confident” entering into the credit agreement and EPC contract based on the “substantial feasibility information currently available.”

“We are very pleased to have concurrently signed the credit agreement and the EPC contract with two well-established and respected partners in the mining industry. The commitment by both partners ahead of the targeted January 2021 release of the Las Chispas feasibility study speaks to the strength of our team and project,” N. Eric Fier, the company’s CEO, said in a release.

“We have been working closely with Ausenco to complete the EPC contract and the feasibility study in close succession. We are confident that their intimate knowledge of the project will benefit the successful construction and commissioning of Las Chispas,” added COO Pierre Beaudoin.

The US$120-million, four-year project finance facility carries a total cost of capital estimated at 10% and does not require hedging, offtakes or production-linked payments. Thus far, US$30 million has been drawn and subsequent drawdowns are available once certain customary conditions are met. The facility has a 20-month availability period and up to US$30 million may be used for exploration and regional acquisitions.

The lump sum EPC contract covers the construction of a 1,250 t/d process plant at Las Chispas with Ausenco’s work scheduled to start in February. Plant startup is planned for the second quarter of 2022, with a production ramp-up starting in the third quarter of 2022. The contract does not include underground mine development, nor does it cover the construction of the camp, powerline or tailings facility.

In addition to completing the Las Chispas feasibility, Ausenco is also completing detailed engineering and the construction management plan for the project. The procurement of long lead time items starting in the fourth quarter of 2020.

At year-end, SilverCrest had a cash balance of US$135 million, which, together with the funds from the credit facility, is expected to “provide a substantial component of funding for construction, exploration and regional growth initiatives.”

A 2019 preliminary economic assessment (PEA) for Las Chispas defined an eight-and-a-half year mine, producing an average of 7.6 million oz. silver and 81,600 oz. gold — or 13.7 million oz. silver-equivalent — in its first four years of operations at AISCs of US$4.89 per oz. silver-equivalent. With an initial capital cost estimate of US$100.5 million, the after-tax net present value estimate for the operation stands at US$506.9 million, with a 91% internal rate of return. The PEA used a 5% discount rate and metals prices of US$16.68 per oz. silver and US$1,269 per oz. gold.