Skeena Resources (TSX: SKE) has received the final drilling results from its 2021 regional and near-mine exploration programs at the Eskay Creek […]
By Jackson Chen March 9, 2022 At 2:21 pm 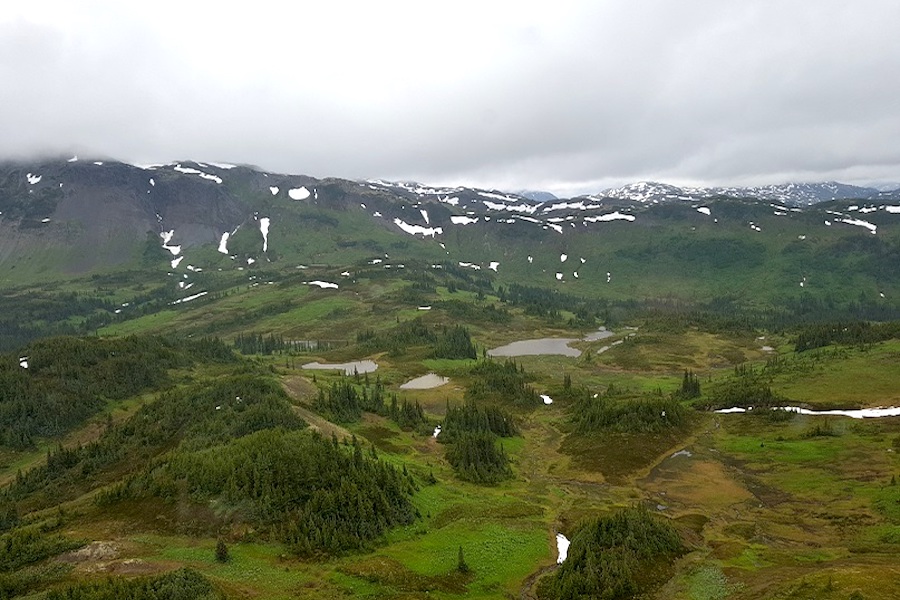 Skeena Resources (TSX: SKE) has received the final drilling results from its 2021 regional and near-mine exploration programs at the Eskay Creek gold-silver project. This drilling was designed to follow up on the company's resource category conversion drilling performed in early 2021.

This intersection is located 60 metres west of Skeena's current 21A zone pit-constrained resources. The mineralization remains open for expansion 120 metres to the north, and already occurs within the limits of the contemplated open pit from the 2021 prefeasibility study, which showed open pit reserves of 3.88 million oz.at 4.57 g/t gold-equivalent contained in 26.4 million tonnes.

Importantly, the high-grade gold and essentially negligible silver concentrations in this new discovery is uncharacteristic of rhyolite-hosted mineralization at Eskay Creek.

"Due to a lack of drilling, this new discovery, which expands the 21A zone to the west, was considered waste rock in the currently proposed PFS reserve pit area," Paul Geddes, Skeena's vice president of exploration and resource development, said. "We will work to expand and infill drill the 21A West zone and potentially bolster the pit-constrained resources surrounding this newly discovered mineralization."

These intervals are hosted within the footwall dacite series as is the case with the 23 zone, which was discovered in January and later expanded. The 23 zone is considered a significant near-surface, footwall-style zone of mineralization that lies outside the pit-constrained resources at Eskay Creek.

The Eskay Creek property is located within the Golden Triangle of British Columbia. It is host to a high-grade historic mine that outputted 3.3 million oz. of gold and 160 million oz. of silver at average grades of 45 g/t gold and 2,224 g/t silver from 1994 to 2008.

More information on Eskay Creek is available at www.skeenaresources.com.