A new study shows that small modular nuclear reactors are a viable option to reduce or eliminate reliance on diesel energy for […]
By Canadian Mining Journal Staff June 24, 2021 At 3:50 pm 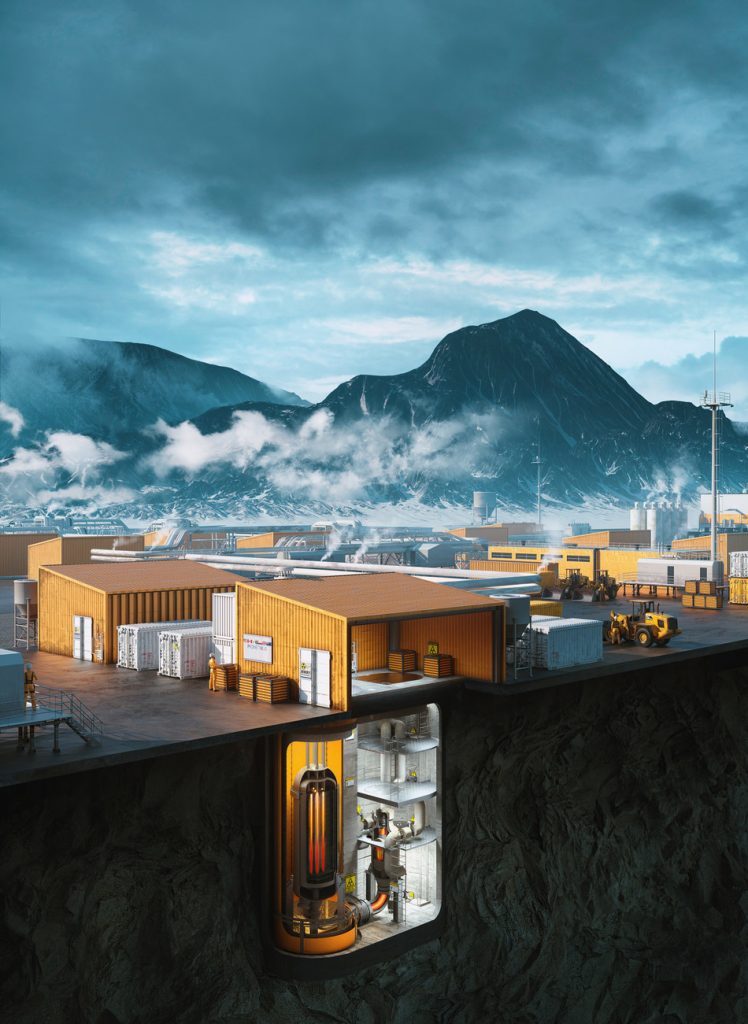 A new study shows that small modular nuclear reactors are a viable option to reduce or eliminate reliance on diesel energy for remote mines and communities in Canada's North, and could provide them clean, economic and reliable energy and heat.

The conceptual economic analysis considered both heat and electricity demand at a representative mine in the far North, based on data provided by a mining partner.

Examining four scenarios – diesel generators only; vSMRs only; vSMRs and diesel; and a combination of vSMRs, diesel generators, wind turbines and battery energy storage – the study found that the use of vSMRs in conjunction with diesel would be most economic, while still reducing carbon emissions significantly.

Under this scenario, with vSMRs used to provide 90% of the baseload power required, and supplementing with diesel generation only during peak demand periods, emissions would be reduced 85%, from 1.6 million tonnes to 0.24 million tonnes.

Some of the highlighted advantages of vSMRs include: east of transport, installation because of their small size; scalability; and long operating life without requiring an onsite store of fuel.

Global Power First, a joint venture of OPG with USNC-Power, is planning to build a demonstration vSMR, pending funding from the federal government, at CNL's Chalk River campus. The project recently received approval from the Canadian Nuclear Safety Commission (CNSC) to begin a technical review.

OPG says the demonstration project will serve as a model for future SMR deployments as called for in Canada's SMR Roadmap and Action Plan, by producing competitively priced clean energy sized for remote communities and heavy industry.