Troilus Gold (TSX: TLG) plans to expand its position in Quebec’s Frotet-Evans greenstone belt by 33% through an all-share acquisition of junior […]
By Canadian Mining Journal Staff March 23, 2021 At 12:17 pm 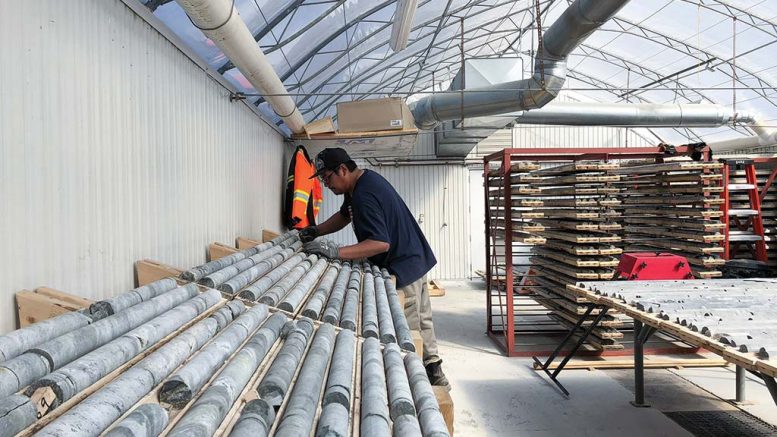 Troilus Gold (TSX: TLG) plans to expand its position in Quebec’s Frotet-Evans greenstone belt by 33% through an all-share acquisition of junior UrbanGold Minerals (TSXV: UGM). The two companies have entered into a definitive agreement with Troilus offering 0.3004 of a Troilus share for each UrbanGold stock, which equates to an offer of 30¢ a share – a 35.3% premium based on 20-day volume-weighted prices. This consideration equates to roughly $19 million on a basic share outstanding basis.

UrbanGold’s management and board, who own approximately 6.6% of the shares, have entered into support agreements to vote in favour of the deal. Troilus currently holds 9.7% of UrbanGold; the junior’s shareholders are expected to cast their votes on the merger at a shareholder meeting ahead of closing, which is expected by the end of May.

“The acquisition of Urban Gold aligns with Troilus' focus on developing a near-term production asset while executing a growth strategy supported by a broad portfolio of exploration and early-development assets within the Frôtet Evans belt and Quebec,” Justin Reid, Troilus CEO, said in a release.

The deal would add 351 sq. km to Trolius’ 1,073-sq.-km portfolio in the Archean-age belt, for a total of 1,424-sq.-km with drill targets across the consolidated property that would “offer further growth potential to the long-term scale and scope of the Troilus asset.”

As part of the amalgamation, Troilus would issue 17.2 million of its shares (18.7 million if all UrbanGold options are exercised), diluting its shares by between 11.5% and 12.4%.

The deal is subject to approval by UrbanGold shareholders and dependent on regulatory approvals. If it does not go ahead due to a superior proposal, or other pre-specified circumstances, UrbanGold would need to pay Troilus a termination fee of $500,000.

According to Jacques Wortman of Laurentian Bank Securities, the proposed deal is a “positive” for Troilus shareholders, driven by the 33% increase in landholdings along the “highly prospective” greenstone belt. The mining analyst specifically mentions the addition of a “significant land position to the southwest of the key northeast-southwest trend that hosts the past-producing pits (Z87 and J Zone), the Southwest zone, and potentially the Beyan prospect.”

Overall, Wortman is “encouraged that the transaction will not dilute TLG’s cash position and will have no impact on the timeline to completion of the prefeasibility study scheduled for later this year.” There are no changes to his “buy” rating and $3.8 target for Troilus.

Troilus is working to deliver both an updated resource estimate and a prefeasibility study for its namesake project in the second half of the year. On the exploration side, the company started a 20,000-metre drill program in September.

A September 2020 preliminary economic assessment defined a 22-year, US$333-million open pit and underground mine producing an average of 220,000 gold oz. a year over the first five years.

The past-producing Troilus mine generated over 2 million gold oz. and 70,000 tonnes of copper from open-pit operations between 1996 and 2010.