Due to lower copper and gold head grades, Turquoise Hill Resources’ (TSX: TRQ) production from the Oyu Tolgoi mine during first quarter […]
By Jackson Chen April 20, 2022 At 12:49 pm 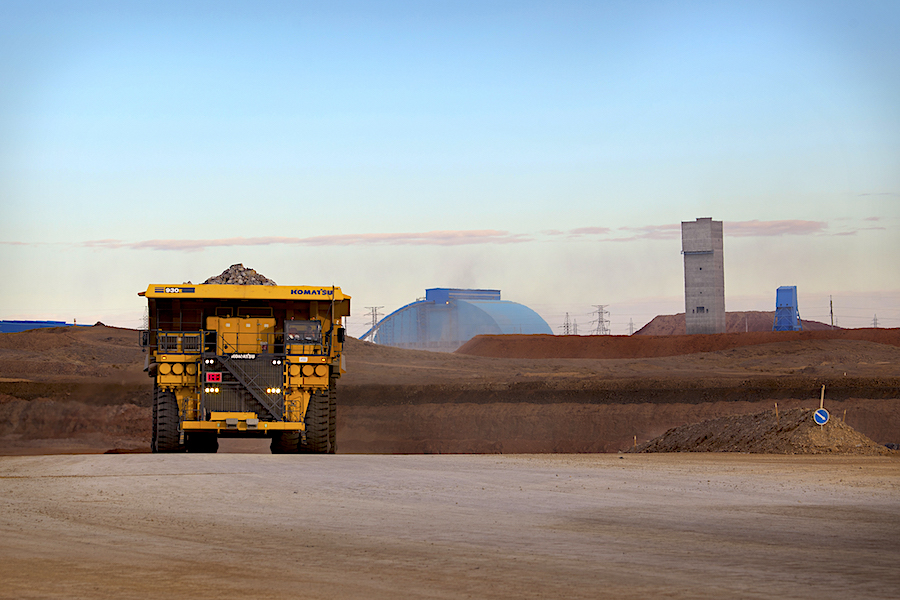 The Oyu Tolgoi open pit has been producing since 2013. Credit: Turquoise Hill Resources

Due to lower copper and gold head grades, Turquoise Hill Resources' (TSX: TRQ) production from the Oyu Tolgoi mine during first quarter 2022 was lower than both the first quarter of last year and the fourth quarter. Copper concentrate production from the combined open pit and underground operation decreased 33% from Q1 2021 and 22% from Q4 2021 to 30,300 tonnes. Gold in concentrate was down 60% and 25% from Q1 2021 and Q4 2021, respectively, at 59,000 oz.

Expenditures on property, plant and equipment for 2022 have also been revised to approximately $155 million to $185 million for open pit operations, due to schedule changes impacting the timing of spend. The company’s original guidance was $170 million to $200 million.

Meanwhile, the force majeure declared on some Chinese contracts from March 30 remains in place, and the company says it is working "closely with Mongolian and Chinese authorities to manage any supply chain disruptions."

Located in the South Gobi region of Mongolia, Oyu Tolgoi is one of the largest known copper and gold deposits in the world, with the potential to operate for approximately 100 years from five known deposits. The first of those (the Oyut deposit) was put into production as an open pit operation in 2013. A second deposit, Hugo North (Lift One), is under development as an underground operation and is scheduled to begin sustainable production in 2023.

Upon completion of the underground development, the Oyu Tolgoi operation is expected to average 500,000 tonnes of copper production a year, with peak output of 560,000 tonnes.

More information is available at the company’s website www.TurquoiseHill.com.