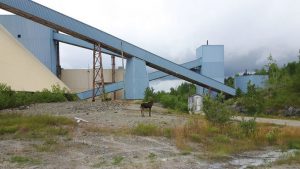 Two holes were drilled at Lily Hill in 2008; at Oak Bay, 11 holes were completed that year. Between 2004 and 2005, seven holes were also drilled at Oak Bay. To start off its exploration efforts at these properties, Galway initially plans to follow up on past intercepts.

“The geology in these new (Oak Bay and Lily Hill) claim groups are mirror images in all respects to the South Zone,” Robert Hinchcliffe, Galway’s president and CEO, said in a release. “Another claim group at Wilson Hill contains a felsic intrusive similar to the one that controls Galway’s deposits along the 3.7-km trend that hosts the George Murphy (GMZ), Richard and Jubilee zones, as well as the two new recently reported discoveries.”

Galway will need to pay a total of $500,000, in seven equal installments, to the vendor to complete the transaction. The first payment is due upon approval by the TSX Venture Exchange, and each subsequent amount is due on or before the agreement anniversary date. The first payment will, and other payments may, be paid 80% in cash and 20% in Galway shares.

The GMZ, Richard and Jubilee zones at Clarence Stream lie along a trend with a mineralized intrusive unit, as does the South zone, which contains the majority of mineral resources at the project.

In September 2017, Galway published a resource estimate for Clarence Stream – measured and indicated resources in the North and South zones total 6.2 million tonnes grading 1.96 g/t gold for a total of 390,000 oz. with additional inferred resources of 3.4 million tonnes at 2.53 g/t gold totalling 277,000 oz. The resources are based on gold cut-off grades between 0.42 g/t and 2.55 g/t.