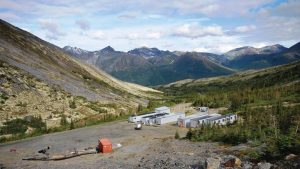 YUKON – Fireweed Zinc is accelerating the exercise of three property option agreements to hold a 100% stake in the 544-sq.-km Macmillan Pass project, 400 km east of Whitehorse – the company has signed amended option agreements to speed up its consolidation of these grounds.

The option agreements include three groups of claims. The MAC claims cover 167 sq. km northwest of the Tom and Jason deposits – Fireweed needs to make a $2,500 cash payment and issue 225,000 of its shares to Maverix Metals to hold a 100% interest in these grounds.

The NS and BR group of claims encompasses 127 sq. km southwest of the two deposits. To have a 100% stake in these, the company needs to make a share payment of 900,000 Fireweed stocks to Golden Ridge Resources.

The three amended agreements are subject to regulatory approval.

“Our Macmillan Pass property is host to one of the largest undeveloped zinc resources in the world, but it also covers an enormous under-explored 544 sq. km district, where previous operators and our own geological team have identified many other exploration targets. With exercise of these property options under favourable terms, Fireweed will now own 100% of the entire district and its great potential for new discoveries,” Brandon Macdonald, the company’s CEO, said in a release.

Earlier this month, the company closed a $5.2-million private placement. Proceeds are intended for further drilling of the Boundary zone and for testing new targets.