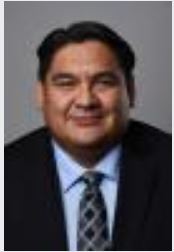 ALBERTA – Bill C-69 – the federal government’s attempt to overhaul the regulatory review process for natural resource project – has lost a major supporter. The Alberta Assembly of Treaty Chiefs has rescinded a resolution passed last November that supported the controversial bill. The Assembly cited negative implications of the bill on Indigenous communities, their economic development and self-determination, particularly as a result of weakened investment in the energy sector. [caption id="attachment_1003727730" align="alignright" width="174"] Stephen Buffalo[/caption] "We want a strong resource industry so that our Nations can continue to expand our investments in, and benefits from, development – as employees, as partners and as owners," said Stephen Buffalo, president of the Indian Resource Council. "Bill C-69 needs substantial amendment to earn our confidence and support." The Indian Oil and Gas Canada – established in 1987 by the federal government* – has determined that royalty monies for 39 oil-producing Nations have fallen by $200 million annually since 2012, resulting in a loss of over $18,000 per on-reserve family of six, per year. Many of the Chiefs remain supportive of the environmental measures outlined in Bill C-69, but the uncertain and negative economic impacts outweigh them. Click here to watch the IRC’s video about Bill C-69. *IOGC is a special operating agency within Indigenous and Northern Affairs Canada. The board consists of a CEO and nine board members, six of which are Indigenous and three are nominated by the government.