Anglo American has started commercial operations at its Quellaveco project in Peru, but cut back production guidance for the mine in 2022 […]
By MINING.COM Staff September 26, 2022 At 2:45 pm 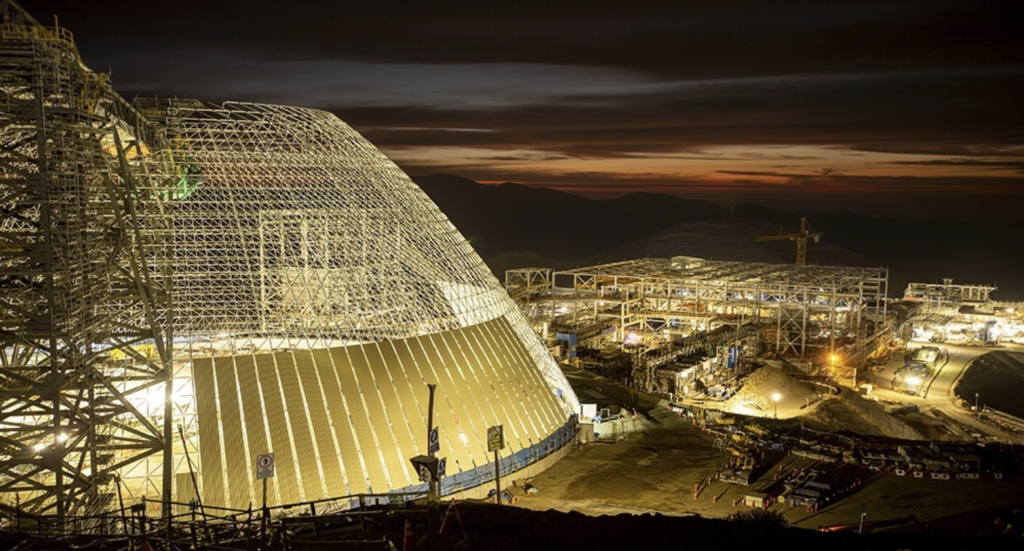 The mine is set to average 300,000 tonnes per year copper equivalent over its first decade of operations, making it the biggest new copper mine in the country since MMG’s Las Bambas in 2016.

Output at Quellaveco – which is entirely powered by renewable energy and employs autonomous drilling and haulage fleets – will be ramped up over the next 9-12 months.

The company also adjusted downwards its copper production guidance for Chile to 560,000-580,000 tonnes from its previous forecast of 560,000-600,000 tonnes, citing lower throughput at its Los Bronces operations, which have been hampered by water restrictions and “a change in ore characteristics”.

Anglo also upped average costs at its copper operations to US$1.60 a pound from US$1.50 before, reflecting lower volumes and inflation.

The copper price has been in retreat since hitting all-time highs in March and was last trading at US$3.30 a pound in New York, a 10-week low.