The board of directors of Argonaut Gold has approved construction of the company’s wholly owned Magino gold project in Ontario, 40 km […]
By Magda Gardner October 15, 2020 At 2:26 pm 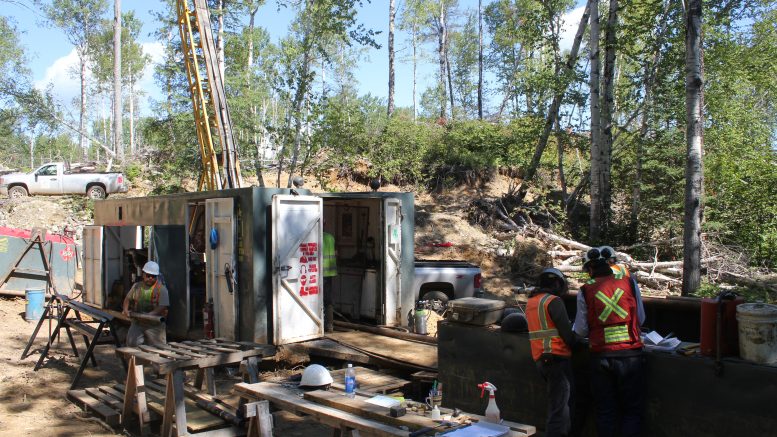 The board of directors of Argonaut Gold has approved construction of the company’s wholly owned Magino gold project in Ontario, 40 km northeast of Wawa.

With a two-year construction period anticipated for Magino starting in January 2021, Argonaut expects a first gold pour from the operation in the first half of 2023. Before the mine build can begin, the company needs to first file a closure plan and post an assurance bond with the province.

As Argonaut looks to grow its operating asset base, Argonaut has also announced debt financing for the project. This includes debt financing of up to US$175 million, with a US$50-million bought deal offering of senior unsecured convertible debentures and the extension and expansion of its existing US$75-million credit facility, to US$125 million.

While a 2017 feasibility study estimated the initial capital cost for the project at US$321 million, more recent cost estimates pegged the initial outlay at between US$360 million and US$380 million, which includes contingency and inflation. The majority of these costs would be due in 2021 and 2022.

With these updated cost estimates in mind, Argonaut has a financing plan in place that covers over US$400 million in costs through to 2022. The company closed out the third quarter with US$178 million in cash, and expects at least US$50 million from the sale of the convertible debentures, with a further US$30 million expected from the sale of the Ana Paula project in Mexico. In addition, assuming a gold price at or above US$1,600 per oz., the producer expects at least US$142 million in cash flow from its existing operations through to 2022.

The debenture offering, at US$1,000 per debenture, is expected to close around Oct. 13; the underwriters also have the option to purchase an additional 15% of the securities offered to cover over-allotments for 30 days following closing. The debentures mature on Nov. 30, 2025 and may be converted into common shares of the company at a conversion price of approximately US$2.86 per share, with specific conversion conditions.

In addition, the company has received a fixed bid pricing proposal for approximately half of the updated initial capital cost estimate. Argonaut is now reviewing this quote and, if certain terms can be met, expects to enter into a negotiated contract before starting construction early next year.

A 2017 feasibility study for the project outlined a 10,000 t/d open pit operation with a 17-year mine life, producing an average of 150,000 oz. of gold in the first five years of operation at all-in sustaining costs of US$711 per oz. The resulting project net present value estimate, at a 5% discount rate, came in at US$288 million.