YELLOWKNIFE, NWT – The big winner at the recent Northwest Territories-Nunavut Mine Rescue Competition was the ream from the Gahcho Kue. The […]
By Marilyn Scales June 13, 2017 At 4:42 pm 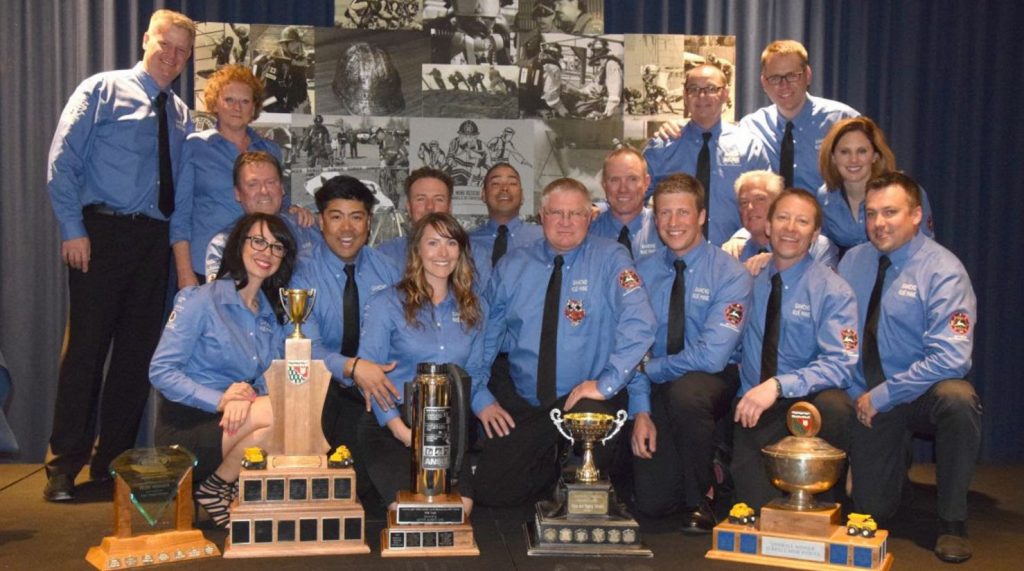 The mine rescue team from the Gahcho Kue mine with their mine rescue trophies including overall surface champion. Credit: De Beers Canada.