Baffinland Iron Mines has sent termination notices to over 1,100 workers at Mary River iron ore mine, in Canada’s territory of Nunavut, as […]
By Cecilia Jamasmie August 3, 2022 At 6:57 am 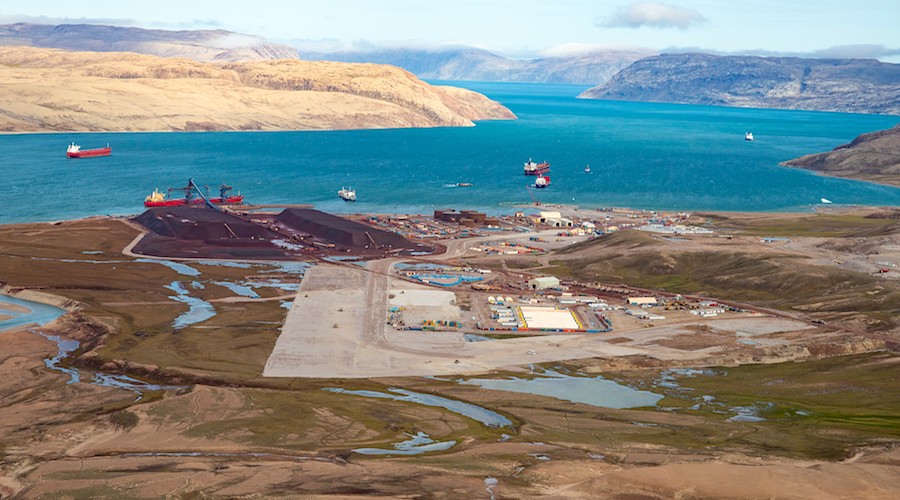 Baffinland Iron Mines has sent termination notices to over 1,100 workers at Mary River iron ore mine, in Canada’s territory of Nunavut, as the company’s request to increase production to 6 million tonnes through to the end of the year and an expansion application have yet to be answered.

The operation on the northern tip of Baffin Island suffered a major blow in May after a review board advised against an expansion on environmental grounds.

After four years of consultations and deliberations, the Nunavut Impact Review Board (NIRB) rejected Baffinland’s application to more than double output to 12 million tonnes a year, to eventually reach 30 million tonnes annually.

Unionized workers at the mine have asked the government to allow the expansion, which would be the only way to save the jobs of thousands, many of whom are Inuit employees.

“For a number of reasons, the regulatory process is moving more slowly than is necessary to meet Baffinland's operational requirements,” chief executive Brian Penney said in an update to staff this week.

The company is preparing for two rounds of terminations to take effect on Sept. 25 and Oct. 11 if it is not successful in renewing its permit, he added.

The Local 793 Union says Mary River mine has long provided well-paying jobs to Canadian workers from across the country, including hundreds of workers from Nunavut who continue to be prioritized for training opportunities.

The mine provides royalties and community benefits that directly help local Inuit communities, the union said.

“We understand that the mine represents nearly 23% of the GDP for Nunavut and is a vital component for Nunavut's future economic growth,” it added.

The NIRB is currently assessing Baffinland’s request to carry on extracting ore at a similar rate as recent years. The federal minister of Northern Affairs, Dan Vandal, is in turn mulling what to do with the NIRB's recommendation to not allow the mine expansion as planned.

In total, Baffinland employs more than 2,500 people, including contractors.

The company said that, if it doesn’t hear from authorities soon, it would have to suspend operations for the rest of the year. It noted this would happen once the mine reaches its current 4.2-million-ounce limit on ore extraction, which is expected by mid-September.

Narwhals are a type of whale with a long, spear-like tusk that protrudes from its head. The marine mammal is an important predator in Eclipse Sound and other Arctic waters, as well a major food source for Inuit in the region.

Last year, a group of hunters from Arctic Bay and Pond Inlet blocked access to the mine in protest of the company’s ice breaking practices due to their negative impacts on narwhals.

The company agreed to avoid ice breaking in spring, based on “the precautionary principle that is the foundation of our adaptive management plan,” Baffinland’s CEO said in a statement at the time.