Boliden has decided to introduce an autonomous hauling system, Komatsu FrontRunner, on 11 haul trucks in the Aitik open pit copper mine, […]
By Canadian Mining Journal Staff October 25, 2021 At 12:29 pm 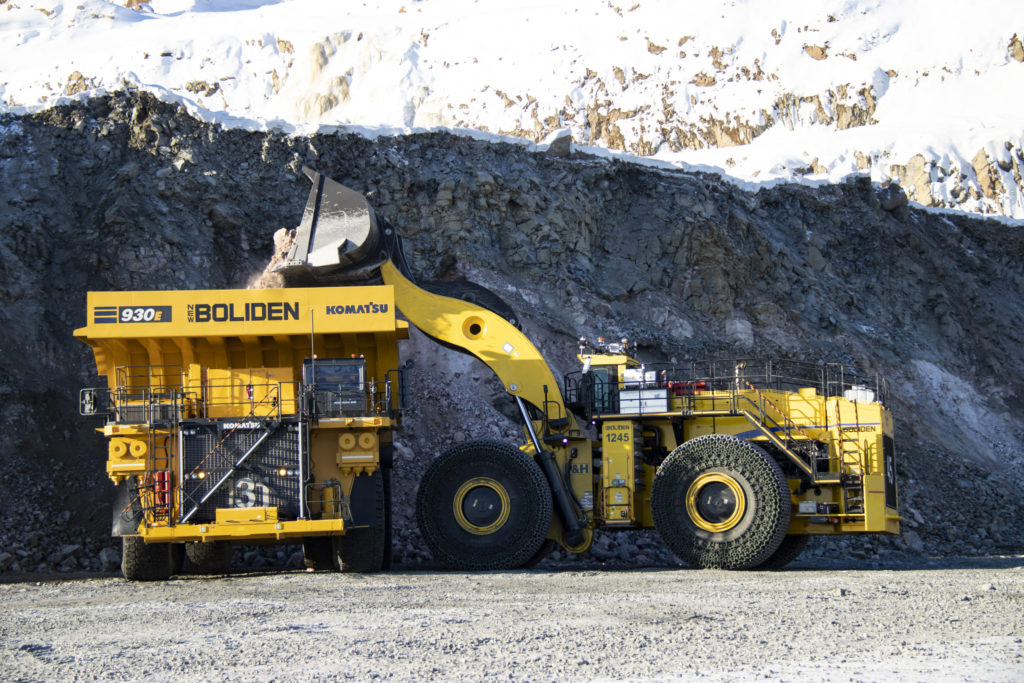 Boliden has chosen Komatsu and its Frontrunner autonomous haulage truck system for the Aitik copper mine.

Boliden has decided to introduce an autonomous hauling system, Komatsu FrontRunner, on 11 haul trucks in the Aitik open pit copper mine, just south of Gällivare in northern Sweden. The investment is for a total of $31.7 million and will be fully implemented during 2024.

While the production rate in Boliden Aitik remains constant, the needed transport work is increasing with the size and depth of the mine. Automation of the haul truck fleet will increase productivity and asset utilization in order to meet increased transportation demands in the mine while retaining world leading cost competitiveness.

The introduction of autonomous hauling in Aitik will mark the first system roll-out in the European Union.

"Haul truck automation in Aitik is securing that the mine will stay in the position as the world's most productive copper mine, while continuing to deliver copper with industry leading climate performance," says Stefan Romedahl, president business area mines, Boliden.

Apart from the technical aspects, the project will include in-depth training of mine staff, both for current and new roles. The expectation is that the work environment will become safer and more attractive with the introduction of automation.

Learn more about the FrontRunner automated haulage system at Komastsu.com.