Bonterra Resources has begun processing stockpiled material at its Bachelor mill in Quebec in preparation for a 10,000-tonne bulk sample under way […]
By Alisha Hiyate September 16, 2020 At 12:15 pm 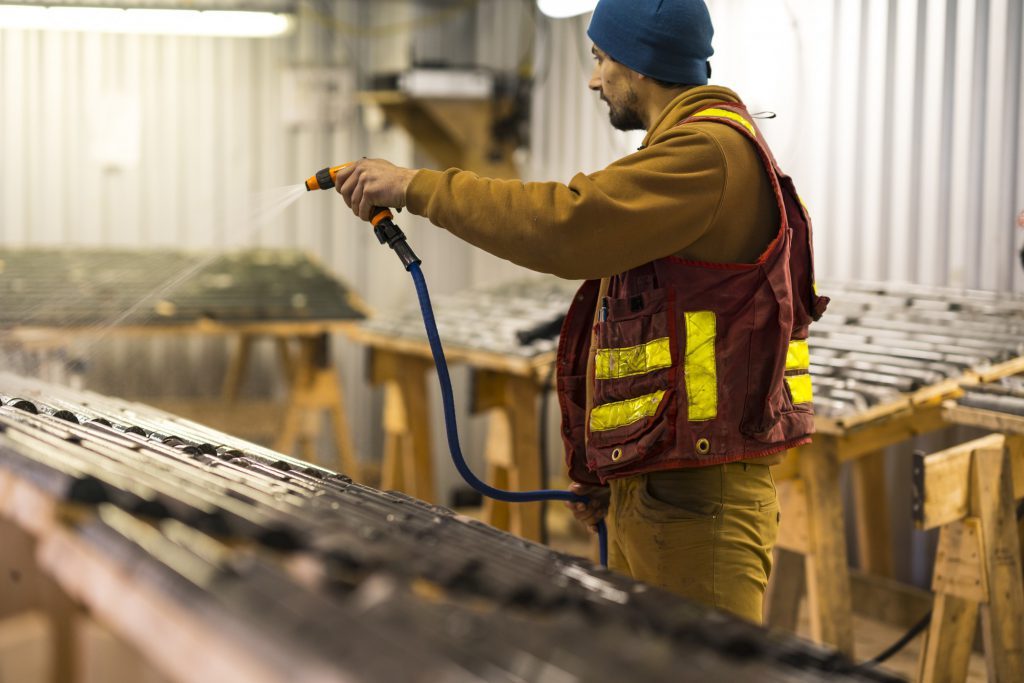 At Bonterra Resources' Gladiator gold project, in Quebec. Credit: Bonterra Resources[/caption] Bonterra Resources has begun processing stockpiled material at its Bachelor mill in Quebec in preparation for a 10,000-tonne bulk sample under way at its Moroy deposit on the Bachelor property in the Urban-Barry greenstone belt. Mining of the deposit, 185 km northeast of Val-d'Or, resumed in July after being disrupted due to pandemic restrictions in March. The bulk sample is focused on the M1 shear zone on level 11, 440 metres below surface, with the aim of confirming grade continuity and reconciling the resource grade to the recovered ounces. The zone is being accessed via an existing exploration drift starting from the Bachelor shaft, 900 metres north of Moroy. The sample will be processed at Bonterra's Bachelor mill under the supervision of a third-party engineering firm, with results expected in the fourth quarter. The company received approval in July to increase the size of the bulk sample at Moroy to 10,000 tonnes, up from 5,000 tonnes, after long-hole drilling indicated the mineralized zone was thicker than expected. Across its Urban-Barry camp projects – Moroy, Gladiator and Barry – Bonterra completed about 35,000 metres of drilling early in the year before the pandemic struck. It restarted exploration at in July, with plans to complete another 56,000 metres of drilling this year, including 20,000 metres (surface and underground) at Moroy; 16,000 metres at Gladiator and 20,000 metres at Barry. The current program consists of seven drill rigs – six all together at Moroy, Barry and Gladiator, and one in the Demaraisville camp outside the Bachelor/Moroy area. An eighth rig will be added before the end of the month to test regional targets in the Urban-Barry camp. Moroy is located on the Bachelor property, which also hosts the Bachelor mill; Gladiator and Barry are on the Urban-Barry property, 125 km and 110 km, respectively, from the Bachelor mill. Current combined resources for Gladiator, Barry and Moroy are 302,000 measured tonnes at 5.66 g/t gold for 55,000 oz. gold; 3.2 million indicated tonnes averaging 6.33 g/t gold for 643,000 oz.; and 6.2 million inferred tonnes grading 7.04 g/t gold for 1.4 million oz. For more information, visit www.btrgold.com.