The Canadian Mining Hall of Fame welcomed five exceptional individuals during its thirty-third annual induction ceremony and gala dinner in August at […]
By Trish Saywell October 15, 2021 At 1:06 pm

The Canadian Mining Hall of Fame welcomed five exceptional individuals during its thirty-third annual induction ceremony and gala dinner in August at the Aga Khan Museum in Toronto. The careers of industry giants Patricia Dillon, David Elliott, William Gladstone Jewitt, Steven D. Scott, and Mary Edith Tyrrell were celebrated for their contributions to the mining industry. The event was held outdoors on the terrace at the museum and due to the pandemic, the number of guests was limited to 125 in order to comply with Ontario’s health guidelines.

“It feels quite surreal to see you all here tonight — live and in person,” Pierre Gratton, chair of the Canadian Mining Hall of Fame, said in his opening remarks. “I don’t know about you, but I am pretty Zoomed out, so it’s wonderful to be here among such great company.”

Gratton noted that he was proud of how the mining industry had navigated Covid-19 and “continued to deliver the global supply of materials integral to the items each of us use every day.”

“Our time is now,” he continued. “Our sector delivers the critical minerals and metals needed for the global transition toward a low carbon future...Mining will be a constructive partner in the fight against climate change.” He also paid tribute to all the inductees of the Canadian Mining Hall and the group’s five newest members. “We are here tonight to celebrate our next group of individuals who make Canada’s mining industry a global leader...As exceptional leaders and champions, each of the inductees were instrumental in growing our sector.”

Master of ceremonies Anthony Vaccaro, publisher of The Northern Miner, brought levity to the event with several hand-picked anecdotes about each inductee. Calling Patricia Dillon “a force of nature,” Vaccaro noted that Dillon has “done so much good for this industry that we are trying to find a way to clone her so that each country with a mining industry can be steered in the right direction.” Dillon was a female geologist in the 1970s, Vaccaro added, “back when being a female geologist was about as common as a Maple Leaf winning a playoff round is today.” He also quoted from Dillon’s geology professor at the University of Toronto, who told him that the young student stood out from the crowd and truly showed a love for learning. The professor went on to say, Vaccaro added: “’But that was not all she loved. Along came Ted, also an undergraduate and a geological engineer. They sat together in class and held hands, making notetaking a little difficult for both.’” 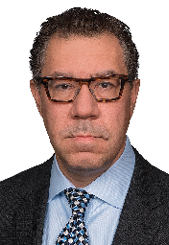 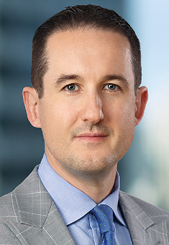 Accelerating the potential of hydrogen to enable a net zero future

Accelerating the potential of hydrogen to enable a net zero future