COAL: No pollution relief when coal power plants were shuttered in Ontario 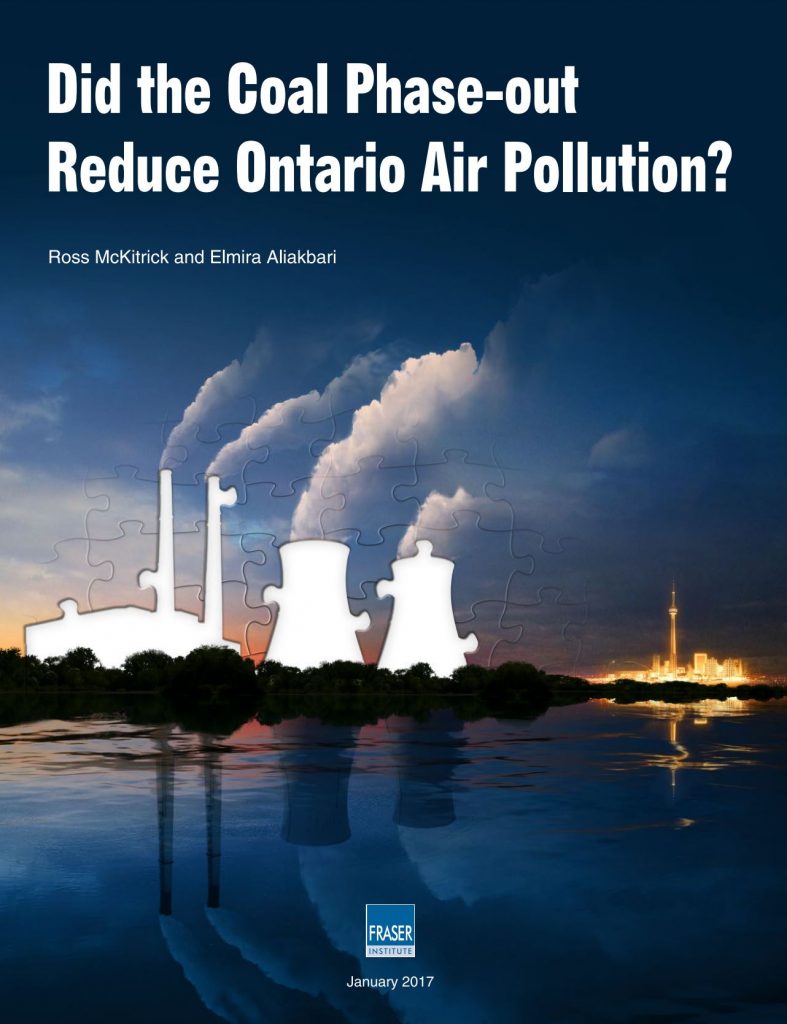 TORONTO – The latest study from the Fraser Institute says that closing Ontario’s coal-fired power plants had very little effect on reducing air pollution and, instead, help boost energy costs through the roof. The think-tank calls for policymakers across the country to pay heed. “Ontario’s example should serve as a warning to the federal government, which is making the same grandiose claims about the benefits of eliminating coal while seemingly ignoring the crisis of Ontario’s soaring energy costs,” said Ross McKitrick, professor of economics at the University of Guelph, Fraser Institute senior fellow, and co-author of Did the Coal Phase-out Reduce Ontario Air Pollution? [caption id="attachment_1003716765" align="alignleft" width="230"] Click here to download the entire report.[/caption] These findings confirm the government’s own internal forecasts prior to the coal phase-out, and they are especially important as the federal government plans to force the phase-out of coal-fired power generation in Canada by 2030, says the Institute. The study looked at pollution changes in Hamilton, Toronto and Ottawa from 2005 to 2014. The result of closing the coal-fired plants had no effect on nitrogen oxide levels and produced only a small reduction in fine particulates. In Toronto and Hamilton, the reduction in fine particulates was statistically insignificant. Fine particulates remain problematic. Had the province completed its modernization of the coal-fired plants rather than shuttering them, fine particulate reductions of the same size could have been achieved at a much lower cost, argues the Institute. In 2005 all electricity generation, including coal, accounted for 0.7% of fine particulate emissions in Canada. At the same time, residential wood-burning fireplaces sent 20 times more fine particulates to the atmosphere. “Policymakers in Ottawa should note how Ontario’s coal phase-out failed to achieve its stated goals as they promise to impose the same failed strategy nationally,” McKitrick noted.