Followers of international mining news have read about the Tanzanian government’s beef with Acacia Mining which is headquartered in London, U.K. Last […]
By Marilyn Scales June 13, 2017 At 4:52 pm 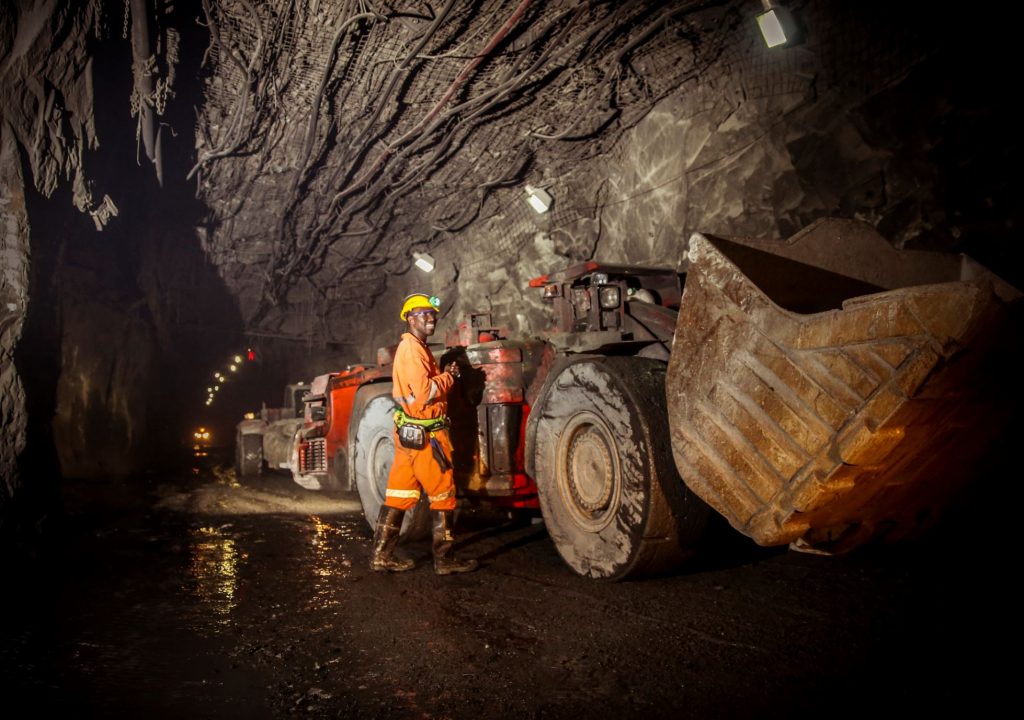 Followers of international mining news have read about the Tanzanian government’s beef with Acacia Mining which is headquartered in London, U.K. Last month we learned that the report of a government committee says Acacia owes tens of billions in unpaid taxes. The committee estimated output from the Bulyanhulu and Buzwagi gold-copper mines is 10 times what the company reported and on which it paid royalties and taxes. The committee checked 277 containers of concentrate ready to ship from the mines, and it said there must be 250,000 oz. of gold in them. Acacia’s number is 26,000 oz. All told, Tanzania says it has lost US$49 billion in royalties and taxes on gold-bearing concentrate exports from 1998 to 2017. The result is that Tanzania has blocked all exports of concentrate. [caption id="attachment_1003718748" align="alignleft" width="300"] Mining at Bulyanhulu. Credit: Acacia Mining.[/caption] Acacia has been exporting concentrate from Bulyanhulu since 2001 and from Buzwagi since 2010, and the company insists it has declared all the associated gold, copper and silver revenue. The company continues to export gold doré, but the ban on concentrates is cutting into cash supplies by as much as US$1 million a day. The tax dispute has been in the news frequently over the past few weeks. but how many of our readers were aware of a second Tanzanian committee, also struck earlier this year? The second committee issued its findings this week: Acacia is operating illegally in Tanzania because the company has not been registered by the country’s business and registration licensing agency. Ultimately, the government could close or nationalize Acacia’s mines – North Mara as well as Bulyanhulu and Buzwagi – are at risk. Why should Canadians care? First, Acacia is 63.6% owned by Barrick Gold. Barrick has said that if the export ban is not lifted, it could cut production guidance by 6% this year. Thank goodness Barrick is the world’s largest gold producer. This gives it the wherewithal to fight the charges. It is going to need persistence and deep pockets to make its case. Second, the extreme response of the Tanzanian government points up an additional risk factor when working in some far-flung corners of the globe. Such sudden changes to the business climate can be as devastating as uncontrollable forest fires. Without a transparent and predictable tax or regulatory regime, such regimes will find investors very hesitant to spend their money in their countries. Not many small companies could withstand a problem such as Barrick is facing. Without the corporate resources to fight a tax bill that runs to the billions of dollars, they would disappear. We sincerely hope the Tanzanian government comes to its senses very soon or business will vote with its collective wallet to put its money elsewhere. UPDATE June 14, 2017: Barrick executive chairman John L. Thornton met today with the president of Tanzania, Dr. John P. Magufuli, to discuss issues pertaining to Acacia Mining and the country’s current ban on mineral concentrate exports. The company reported the meeting was constructive with both sides willing to negotiate a compromise that is in the interests of all parties.