ALASKA – Northern Dynasty Minerals of Vancouver and the U.S. Environmental Protection Agency have settled their long-running dispute concerning development of the […]
By Marilyn Scales May 15, 2017 At 4:30 pm 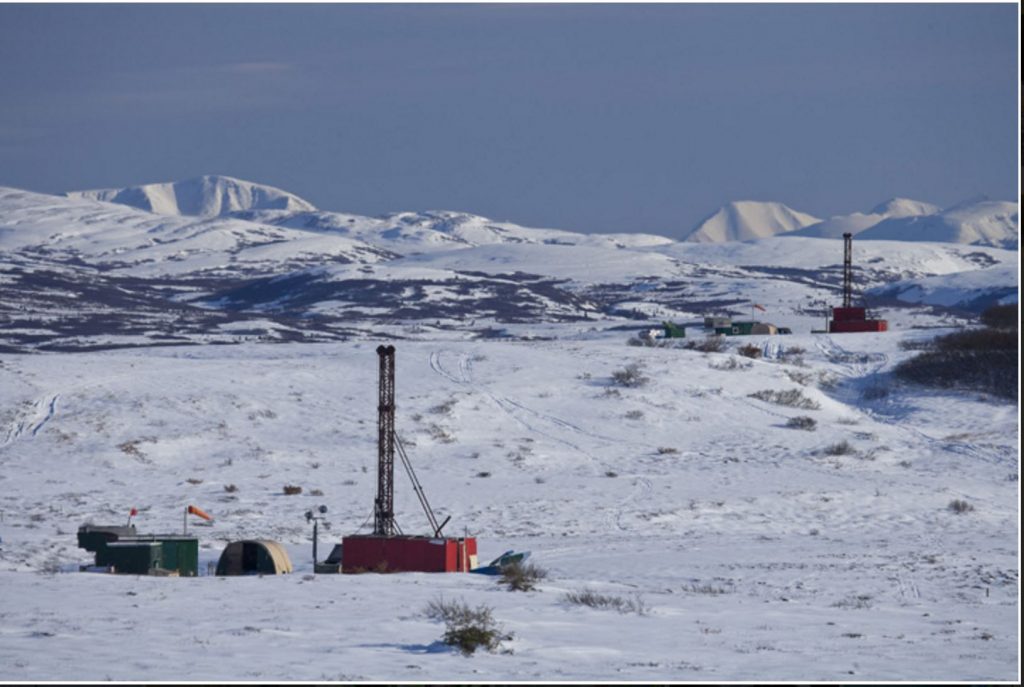 Work can go forward at the Pebble copper-gold project now that owner Northern Dynasty and the U.S. EPA have reached a settlement. Work can go forward at the Pebble copper-gold project now that owner Northern Dynasty and the U.S. EPA have reached a settlement.[/caption] The development of the Pebble mine was hotly contested by local residents who feared it would have a negative impact on the Bristol Bay watershed. The dispute came to a head in 2014 when the EPA issued a pre-emptive regulatory action under the Clean Water Act. The agency sought to restrict potential development of the project despite no thorough environmental assessment having been done. Under terms of the agreement, the EPA has agreed not to file a determination on the Pebble project until an environmental impact statement has been completed by the U.S. Army Corps of Engineers. The EIA must be completed within four years and permit applications filed within 30 months after the EIA. In return, Northern Dynasty will terminate two lawsuits it brought against the EPA. Northern Dynasty president and CEO Ron Thiessen said that the settlement gives the project access to due process under the law. “[We] will advance a progressive mine plan, including mitigation, to be assessed by objective, expert regulators at the U.S. Army Corps of Engineers and a raft of other federal and state agencies – including EPA,” he said in a release. "Not only are we no longer facing extraordinary development restrictions at Pebble, we will also be assured a fair and predictable permitting review of our proposed development plan. The Corps-led EIS will be prepared by independent, third party experts to ensure that decisions are based on objective science, and that public and stakeholder participation is comprehensive and meaningful," said Thiessen. More information about the Pebble project is posted at www.NorthernDynasty.com.