After beating its production guidance for 2020 and reporting a record fourth quarter, Copper Mountain Mining is guiding a further 22% increase […]
By Alisha Hiyate January 7, 2021 At 1:30 pm 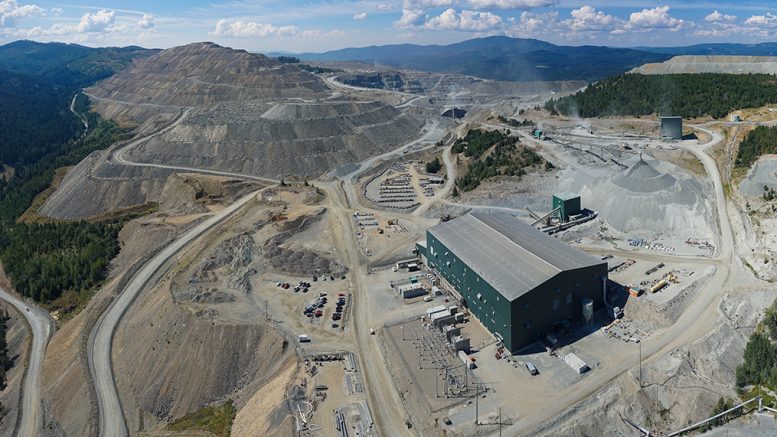 After beating its production guidance for 2020 and reporting a record fourth quarter, Copper Mountain Mining is guiding a further 22% increase in production this year.

"Our operating team executed on our operating plan, beating our production guidance for this year," said Gil Clausen, Copper Mountain's president and CEO, in a release. "We finished the year strong with record production in the fourth quarter as a result of higher grades, which we expect to continue in 2021.”

Expanded mill capacity will help to drive the increase in production at the conventional crush, grind, flotation operation. Copper Mountain is expanding the mill to 45,000 t/d this year, up from 40,000 t/d, with the installation of a third ball mill. Installation is scheduled to begin early this year, with commissioning following in the third quarter.

About US$33 million is budgeted for expansionary spending in 2021, most of that focused on the mill expansion. Another US$3 to US$4 million will be spent on exploration, focused on reserve expansion.

Last November, the company released a study that looks at a potential further expansion to 65,000 t/d starting in 2024. Clausen noted that once the current expansion is complete, the company will be focusing on the next stage of expansion.

Mitsubishi Materials owns a 25% stake in the Copper Mountain mine.