After announcing a temporary suspension of operations until at least Mar. 31 at its 49%-owned San José mine in Argentina late last […]
By Alisha Hiyate March 26, 2020 At 3:26 pm 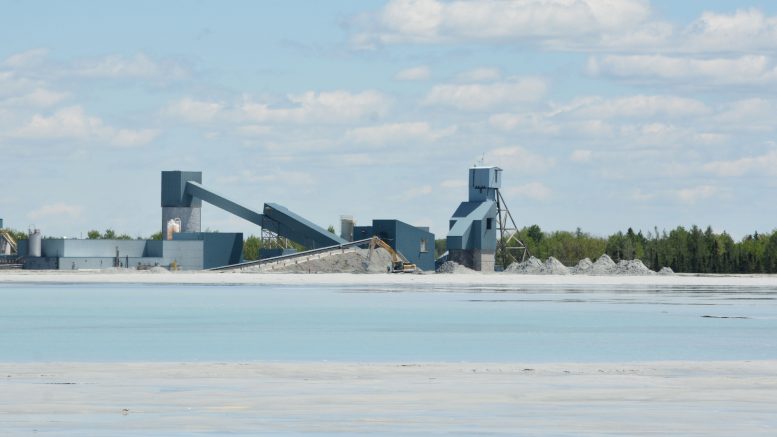 The mill at McEwen Mining's Black Fox complex in Ontario. Credit: McEwen Mining[/caption] After announcing a temporary suspension of operations until at least Mar. 31 at its 49%-owned San José mine in Argentina late last week due to COVID-19, McEwen Mining reported today it will also be suspending production at its Black Fox mine in Ontario and Gold Bar in Nevada. That leaves only the company's small El Gallo residual heap-leach operation in Mexico operating. The move to temporarily shut Black Fox comes despite the Ontario government giving mining and mineral exploration the designation of “essential” businesses this week, exempting them from a two-week, province-wide shutdown of non-essential businesses. While McEwen Mining said last week that it had various measures in place to combat the spread of the COVID-19 at Black Fox, near Timmins – including site access restrictions and employee screening, not bringing in any staff who have to travel more than four hours by plane to get to the site, and the discontinuation of group meetings – it said the suspension would protect the health of its workers, their families and nearby communities. At Black Fox, some development activities related to the access ramp for the Froome deposit, 900 metres from the Black Fox open pit, are expected to continue. Some production and exploration activities where social distancing can be observed will also continue at Gold Bar. These include ore crushing, irrigation of the heap leach pad and operation of the process plant. Minimal staff will remain at both sites to ensure safety, security and environmental compliance. Production at Black Fox last year was 35,720 gold-equivalent oz., with Gold Bar producing 30,710 gold-equivalent oz. San José is majority owned (51%) by Hochschild Mining. The temporary closure of the gold-silver mine, which produced 91,654 attributable gold-equivalent oz. last year for McEwen, followed the declaration of a state of emergency and mandatory, nationwide quarantine by the government of Argentina. El Gallo, in Sinaloa state, produced 16,333 gold-equivalent oz. in 2019 from residual leaching of the heap leach pad. For more information, visit www.mcewenmining.com.