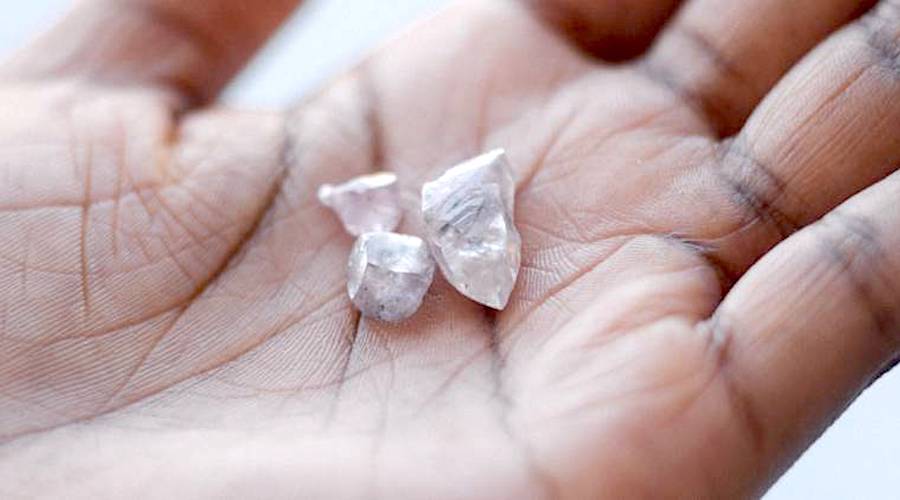 De Beers, the world’s top diamond producer by value, saw production jump in the last quarter of 2021 by 15% to 7.7 million carats, as it boosted production to meet recovering demand.

The Anglo American unit said diamond output from its Botswana operations increased by 23% to 5.2 million carats in the three months to Dec. 31. This was the result of a planned treatment of higher-grade ore at the Jwaneng mine, which was partly offset by lower production at Orapa, due to a planned plant closure in late 2020.

Production out of Namibia was 16% higher year-on-year at 400,000 carats for the fourth quarter, reflecting a reduction in the scheduled maintenance time for the marine fleet, De Beers said.

South African production reached 1.29 million carats for the quarter, in line with output in the fourth quarter of 2020, the miner added.

Canadian output remained rather flat, falling from 776,000 carats in the fourth quarter of 2020 to 771,000 in the same period last year mostly due to planned plant maintenance.

Overall, De Beers increased diamonds production by 29% to 32.3 million carats in 2021. Looking ahead, it anticipates to produce between 30 million and 33 million carats this year.

Prices on the rise

De Beers increased the price of its rough diamonds throughout much of 2021 as it sought to recover from the first year of the pandemic when the industry came to a near halt.

The strategy, which applied to stones bigger than 1 carat, granted De Beers a steady recovery during the year. Its diamond prices rose by 23% in “just over a year,” said Mark Cutifani, CEO of Anglo American in a December presentation.

De Beers sells its gems through 10 sales each year in Botswana’s capital, Gaborone, and the handpicked buyers — known as sightholders — generally have to accept the price and the quantities offered.

Customers are given a black and yellow box containing plastic bags filled with stones, with the number of boxes and quality of diamonds depending on what the buyer and De Beers agreed to in an annual allocation.

In the latest sightholder, held earlier this month, the company is said to have hiked prices by about 8%, The sharpest increases of up to 20% were for smaller, cheaper stones.

Russia’s Alrosa, the world’s top diamond producer by output, has also increased the price of its diamonds over the last few months, triggering complaints from some industry actors. They claim the price hike has gone too far, especially as polished prices need to climb higher to justify the rates that rough stones are fetching.