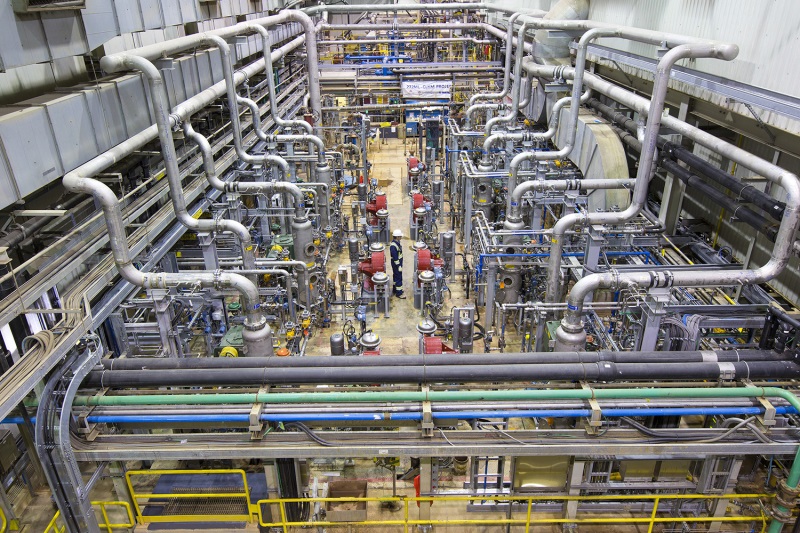 The leaching circuit at the McClean Lake mill where ore mined during SABRE tests is treated. Credit: Orano Canada.

Denison Mines (TSX: DML; NYSE: DNN) and French state-owned Orano Canada have declared test mining with the SABRE (surface access borehole resource extraction) technology to be a success at the McClean Lake uranium mine. The mine is 750 km north of Saskatoon, in the Wollaston Lake area of Saskatchewan.

The final stage of the five-year test was completed from May to September with four stopes successfully excavated to produce about 1,500 tonnes of high-grade ore ranging from 4% to 11% uranium oxide (U3O8). The ore is being processed at the McClean Lake mill.

Based on the success of the SABRE tests this year, Denison and Orano plan to evaluate the potential mining method for future mining at the McClean Lake and jointly owned Midwest (Orano 75%, Denison 25%) uranium projects.

SABRE is a non-entry, surface-based mining method that uses a high-pressure water jet placed at the bottom of a drill hole to excavate a mining cavity. The cuttings from the excavation process are air lifted to surface, separated and stockpiled for processing.

SABRE is viewed as an innovative mining method that could potentially allow for the economic access to relatively small high-grade orebodies in the Athabasca Basin that are either too small or too deep to be mined economically by open pit or underground mining methods.

It is unique in that the mining method can be selective and scalable, which has the potential to provide flexibility and is thus ideally suited to ever-changing uranium market conditions. One advantage is its short production ramp up of months instead of years.

The SABRE method is considered environmentally friendly as a result of its small surface footprint when compared to conventional open pit or underground mining methods. Reduced water usage and power consumption also contribute to reductions in greenhouse gas emissions and improved sustainability. Additionally, as a non-entry mining method, radiological exposure for mine workers is minimized.

Learn more about uranium mining in the Athabasca Basin at www.DenisonMines.com.